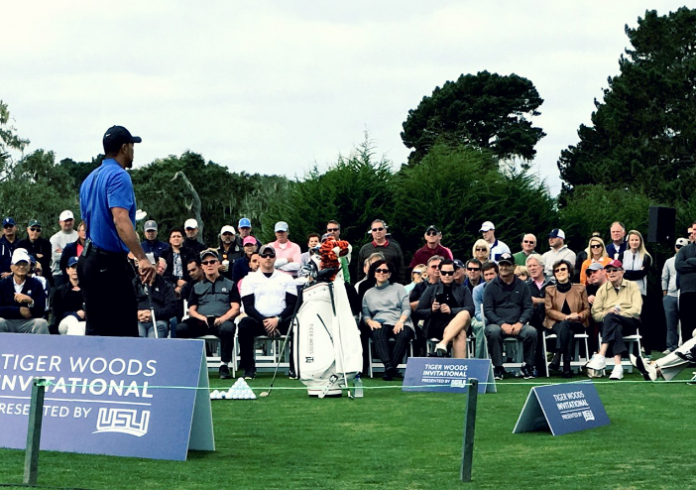 Although Tiger had a disappointing withdrawal from the Safeway Open stating that he felt “not yet ready to play” and that his game is “vulnerable,” he was able to host a clinic yesterday for members of the Monterey Peninsula Country Club.

While casually swinging the club and even showing off his famous 2 iron stinger, he answered members’ questions while demonstrating that he is in good health, physically, without any hitches to his golf swing.

Tiger responded to questions with his usual confidence, stating that he would continue to use the same putter that helped him win 13 (of 14) majors – the Scotty Cameron.

He demonstrated some short game tips equating speed with spin and shared Ryder Cup memories, all while silently proving that he is physically ready.

Not only is Tiger’s stinger 2 iron back, he graced us with one of his legendary club twirls.

This is how's it's done people. You're hearing it from one of the best ever. Speed = Spin… That's the secret to spinning the ball #tigerwoods #golf #instruction #shortgame @si_golf @andrewricegolf @twspot @gcmorningdrive

While this appearance was likely a way to keep his fans appeased, and to keep him on the PGA Tour radar, was the real purpose to convince himself that he can mentally rejoin the game?