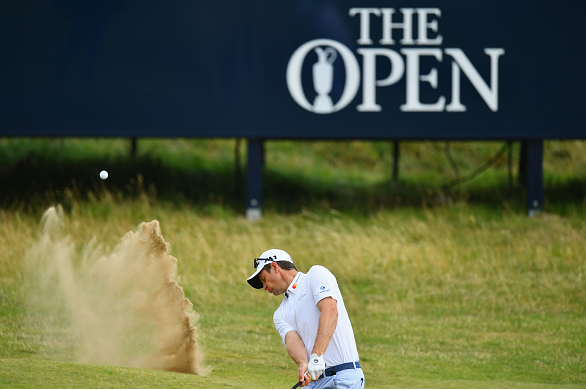 The game’s biggest stars from around the globe will be teeing it up this week at Royal Birkdale in the 146th edition of The Open Championship.

Henrik Stenson will be back to defend his maiden major title in the seaside town of Southport, England, as will tournament favorites Dustin Johnson, Jon Rahm, Sergio Garcia, Rickie Fowler, and Jordan Spieth, among others.

With a loaded field, and plenty of storylines, it’s not surprising that there was no true consensus pick among the Pro Golf Weekly team.

“On the course where he introduced himself to golf fans as a 17-year-old amateur, Rose is primed to become the first Englishman in a quarter century to hoist the Claret Jug.”
– Jeff Shain, Managing Editor, Prime Sports Golf Show

“Turning 40 on Friday, I can’t imagine there are many in the field that want this major more than Casey. Yes, he has had trouble putting together four rounds at the majors, but so do many pros before they finally notch major #1. Casey is a smart, resilient competitor, and I believe he has learned enough from his failures to finally pull one of these out. He perfectly fits the profile of the typical modern Open winner: he is a battle-tested vet, he is accurate off the tees, he is a premier iron player, and he putts well enough. He also has a low ball flight, which should help him mitigate the wind factor. With his home crowd behind him, I see Casey emerging in an intense Sunday battle, winning by one stroke over the trio of Louis Oosthuizen, Sergio Garcia, and the sleeper I am mentioning next.”
– Joel Cook, Lead Writer, Pro Golf Weekly

“Coming off a T4 at the Irish Open, Rose is having another strong season, highlighted by a runner-up at the Masters. A Claret Jug will complement his Olympic Gold Medal!”
– Tom Gorman, Columnist/Editor, Pro Golf Weekly

“The Southport native will be well accustomed to Royal Birkdale. He’s already won twice on the European Tour this year and coming off a T4 finish at the U.S. Open.”
– Sean Murray, Contributor, Pro Golf Weekly

“The fiery 23-year-old Spaniard is one major championship away from jumping into the permanent conversation as one of the world’s best. The coronation happens this week at Birkdale.”
– Jeff Smith, Reporter/Contributor, Pro Golf Weekly

“Seeking to capture his third major title, Spieth is battle tested and gets up for big tournaments. After deciding to skip the John Deere Classic, Spieth has spent time studying Birkdale. With time for preparation, it is hard to count out the Spieth/Greller duo.”
– Cody Pratt, Contributor, Pro Golf Weekly

“The 25-year-old Japanese star is rested and ready to go. He is the reigning best player without a major (sorry Rickie Fowler fans). Patience, distance and driving accuracy a big plus.”
– Jay Nomakeo, Podcast Host, NewEngland.Golf

“At 47, with 33/1 odds, the five-time major winner is sort of a hybrid sleeper/favorite. Mickelson, who hasn’t missed a cut all season, enters the Open off two consecutive top 20s. His last four Open starts have produced a first, a second, and a pair of top 25s. A win would be the 43rd of his Hall of Fame career, and his first since capturing the 2013 Open title at Muirfield.”
– Paul Daly, Contributor/Editor, Pro Golf Weekly

“Garcia has an excellent track record in Open Championship play and has come agonizingly close several times before. But now that he’s finally exercised those historical major demons with his Masters victory in April, and is having what could turn out to be the best-ever season of his career, Garcia should have more confidence than ever before to close out his first Claret Jug this weekend.”
– Greg DePalma, Host, Prime Sports Golf Show

“At 24 years and 10 months of age, Grillo would have to buck recent history to win this week at Royal Birkdale, as he would be the youngest Open winner since Seve Ballesteros in 1979, but Grillo has made an early career of defying the odds, and his game is a tremendous fit for an Open Championship. While he has yet to seriously contend at a major, he has shown a high level of comfort in them, finishing T17 or better in three of the four in 2016. With Grillo in the mix this weekend, be prepared to hear a LOT about 1967 Open winner Roberto de Vicenzo, the Argentine legend who passed away just last month.”
– Joel Cook, Lead Writer, Pro Golf Weekly

With 66/1 odds, the Ryder Cup star is an easy sleeper pick. Despite a missed-cut at last week’s Scottish Open, the 26-year-old Texan is coming off four straight top 20 finishes on the PGA Tour – his best stretch of the season. Reed has the winning formula: confident, talented & hungry!”
– Tom Gorman, Columnist/Editor, Pro Golf Weekly

“If Sergio can break his Major curse this year, so can Westwood. A win on home soil would be a great weekend story for the 44-year-old Englishman.”
– Sean Murray, Contributor, Pro Golf Weekly

“Wait. What?! How can the world No. 6, with odds at 25/1, be a “sleeper?” Because he’s not the world’s sixth best player, and because the bookies are basing his odds on the 2016 version of JDay, and not the Nike-wearing 2017 knock-off. The Aussie is a long shot. But I’m taking him. He’s too talented to continue to crap the bed like this.”
– Jeff Smith, Reporter/Contributor, Pro Golf Weekly

“Coming into the Open at Birkdale, Berger is hot. A win at the FedEx St. Jude Classic, followed by a close second to Jordan Spieth at the Travelers Championship, Berger has found comfort on the professional stage. The last seven major winners are all first timers; Koepka, Garcia, Walker, Stenson, Johnson, Willett, and Day. Berger could join the list come Sunday.”
– Cody Pratt, Contributor, Pro Golf Weekly

“Putting woes cost Johnson a victory last week at the John Deere. Tee to green, though, the 2015 Open champion was right on, which will be of more importance this week at Birkdale.”
– Jay Nomakeo, Podcast Host, NewEngland.Golf

“The 2014 FedEx Cup champion enters Birkdale with 100/1 odds, but has two top 5s in his last six starts, highlighted by a win at the Byron Nelson.”
– Paul Daly, Contributor/Editor, Pro Golf Weekly

“Poulter will look to become the eighth-straight first-time major winner at a course he finished runner-up in this event in 2008. Poulter is starting to pick up his game at the right time and played much better last week in Scotland when the weather was rough. Don’t forget that Poulter hasn’t played in a major yet this season, but he did finish runner-up at The PLAYERS in May.
– Greg DePalma, Host, Prime Sports Golf Show