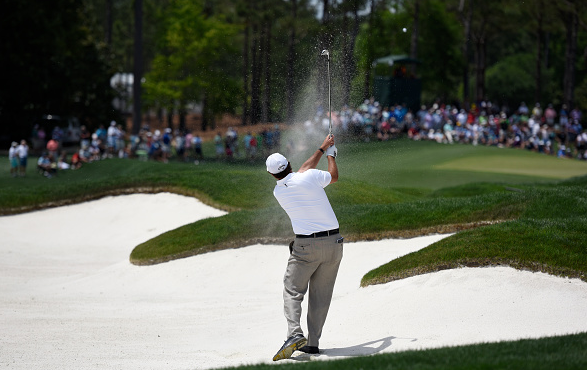 In a previous post I noted how Phil Mickelson had somewhat of an up and down opening-round at the Wells Fargo. Phil posted a 1-under with 5 birdies against 4 bogeys, along with all kinds of patented Phil shots.

&brsp:
And even Phil’s pars were unconventional, such as this five on the par-5 18th, where his ball never touched the fairway, and he one-putted.

Shot 1: Phil sprays his tee shot “right, left” and into the tree area.
Shot 2: He then flies his 2nd shot from one tree area to another.
Shot 3: On his 3rd, Phil hits into a green-side, pin-side bunker.
Shot 4: From the bunker, the magician hits it to about 3-4 feet.
Shot 5: Then makes his ho-hum par.

It’s why he’s such a fan fav, and worth the price of admission.

“I Won the PGA, So….”: Phil Mickelson Laughs Off Poor Round at Colonial