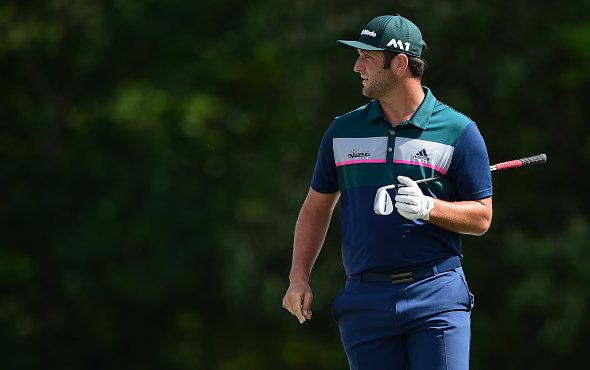 In the opening round of the Wells Fargo, Jon Rahm was playing the par-5 15th, and on his 3rd shot (with a 60) he takes about a 3/4 back swing but comes down at full speed… from just 26 feet away.

The former Arizona State superstar hit it nearly perfect, and got a nice little kick for his gutsy effort. He’d go on to make the 2 footer for birdie.

The swing speed on this flop shot. ?#QuickHits pic.twitter.com/ulHzKcjMxu

Rahm finished at 3-under 69 for the day and is tied for 6th – three behind leader Francesco Molinari.

Rahm, who led the field in driving with 332, said he struck the ball well today (ya think!?), especially off the tee.

“It was a real good weapon, said Rahm.