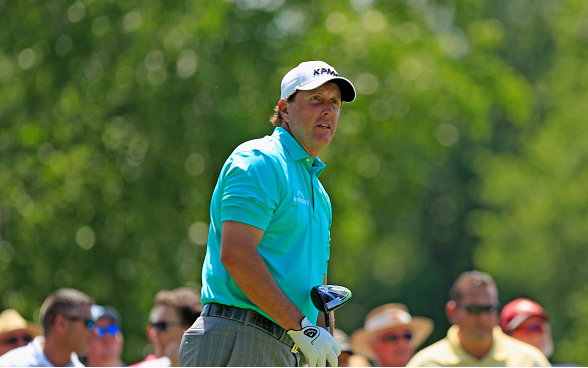 Phil Mickelson has officially withdrawn from the 2017 U.S. Open so he can attend his daughter Amanda’s high school graduation.

This marks the first time Mickelson will miss a U.S. Open since 1993, when he failed to qualify. It is Phil’s first major absence since the 2009 British Open.

Mickelson held off withdrawing as weather forecasts were calling for a chance rain in the area, which could have potentially delayed the opening-round, allowing Mickelson to jet from San Diego to Wisconsin and make a late tee time.

But as the sun broke through on Thursday morning, Phil’s hope faded.

His daughter Amanda is the class president at Pacific Ridge School in Carlsbad, California, and will give a commencement speech.