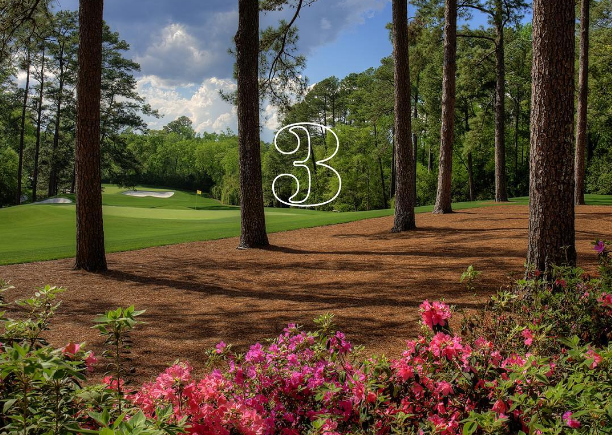 The Countdown to Augusta is nearing its end – three more days until Masters Monday; six more if you’re aiming for Thursday’s opening round.

In this photo, posted by The Masters to Instagram (think about that one for a second), the tournament known as “the tradition unlike any other” marks the shrinking number with an awesome shot of its third hole – replete with the famous azaleas, pines and mulch.

3 days until #themasters and pursuing birdies on No. 3, Flowering Peach. #cominginapril

Hole No. 3 at Augusta National is a short par-four measuring 350 yards. According to the Masters.com website, “Alister MacKenzie, the architect of Augusta National with Bobby Jones, believed the third hole to be nearly perfect in design. Thus, this hole has been changed less than any other on the course.”