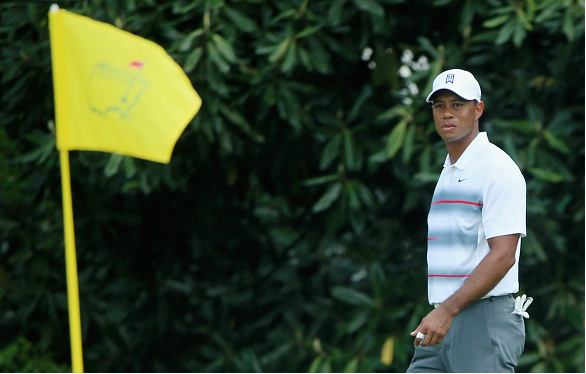 Tiger Woods ended the speculation on Friday evening, and confirmed that he will not compete in this year’s Masters due to a nagging back injury.

In a press release posted to his website, the 4-time Masters champ said he’s done “everything possible” to get ready, but that his rehabilitation is not progressing as he’d hoped.

Woods said that he’ll be attending the Champions Dinner on Tuesday evening, and is looking forward to “seeing old friends.”

The former world number one stressed that he has “no timetable” for a return, but would like to “get back out there as soon as possible.”

This will be the third time in a four year span that Woods has missed the Masters. Prior to this stretch, Woods had played in 19 consecutive tournaments, from 1995-2013.

Woods noted in his statement that this year marks the 20th anniversary of his iconic 12-shot victory at the 1997 Masters.

“I’m especially upset because it’s a special anniversary for me that’s filled with a lot of great memories. I can’t believe it’s been 20 years since I won my first Green Jacket,” Woods said. “I’d like to pass along my regrets to Billy Payne, the Augusta National membership, staff, volunteers and patrons, that I won’t be there.”