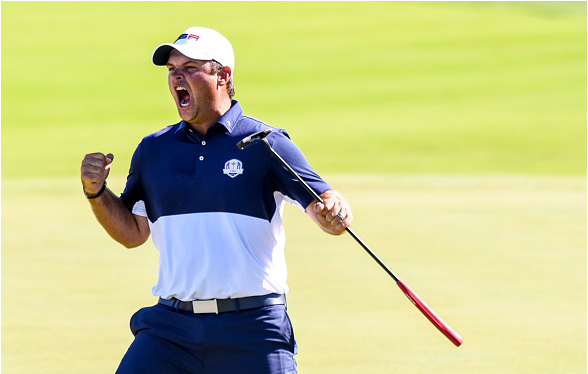 It’s over. The United States is finally on top of the golf world once again!

Davis Love III’s talented American squad held up against some incredible golf from Darren Clarke’s European side, as the Americans won the Ryder Cup 17-11 for the first time since 2008. 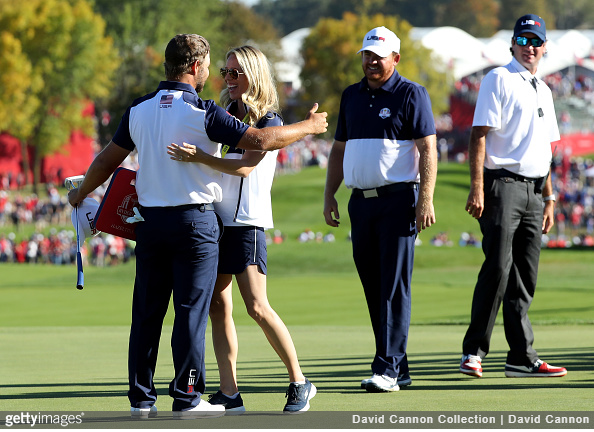 The clinching point came when Lee Westwood conceded a short putt to Ryan Moore, the Ryder Cup rookie and last man named to the team, just a week ago.

The Europeans frontloaded on Day 3, and early on, things went well for them as Henrik Stenson, Thomas Pieters, and Rafa Cabrera-Bello all won convincingly, meaning three of the first five points went to Europe.

However, after match six where Sergio Garcia and Phil Mickelson played to an unbelievably good tie, the Americans dominated the rest of the singles day. It ended up being their biggest (my scoring margin) Ryder Cup victory in 35 years. 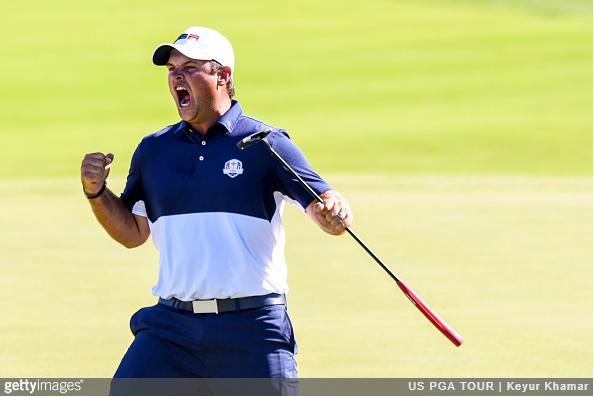 Captain Davis Love III showed a lot of confidence in Patrick Reed, putting the Ryder Cup specialist out first against Europe’s best player, and four-time major champion Rory McIlroy. For the second Cup in a row, Reed was unbelievable, playing all five sessions 3-1-1.

As expected, the match stayed close, with Reed’s 2 hole advantage after 16 was the most room anyone had. McIlroy made the last two holes interesting, but on 18, Reed did what he is becoming synonymous with: Ryder Cup excellence. Rory was denied the halve and Reed finds himself becoming a legend in American golf. He is 6-1-2 in his two appearances. 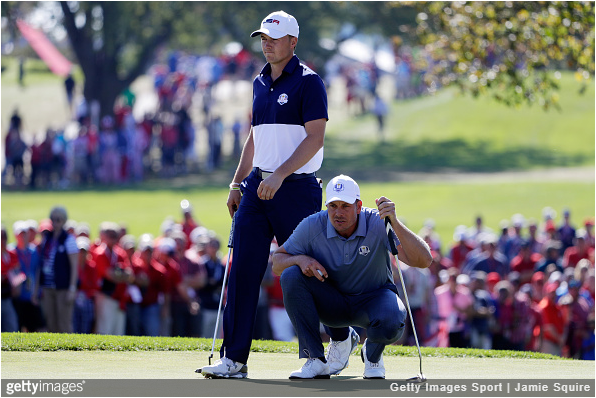 Spieth, another American player who participated in all five sessions, kept his tremendous team record going this weekend, but dropped to 0-2 career singles play after running into the Henrik Stenson buzzsaw.

Stenson was nearly in Royal Troon form, making all the shots down the stretch. The last hole saw Spieth taking a stance next to a water ball, which inadvertently made the ball sink deeper, and the penalty ended Spieth’s comeback hopes. 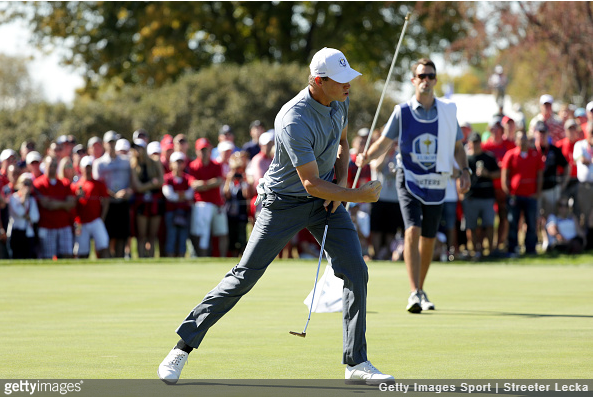 A European star is born, and his name is Thomas Pieters. One of six rookies on the European side, Pieters played all five sessions and scored an astounding four points for his team, one of the best showings ever for a first-timer. It should be the first of many Ryder Cups for the young Belgian. 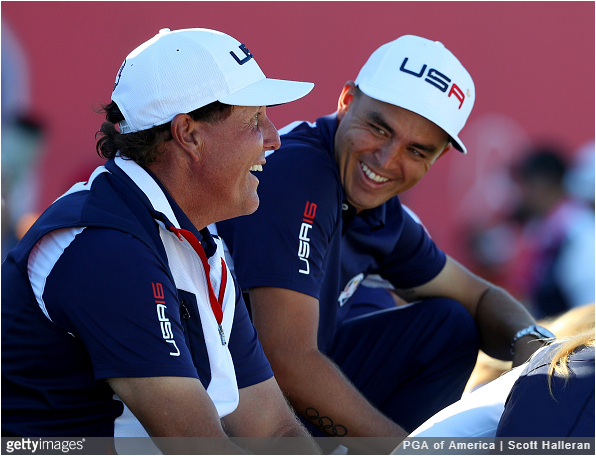 This one was a bit of a surprise as Fowler came into the tournament in subpar form, while Rose, who recently won the Olympic Gold Medal in golf, had an immaculate Ryder Cup record of 9-3-2.

Rose was relied on heavily for the European side, and mostly delivered, but just could not figure out how to get past Fowler down the stretch. Neither player had a lead of more than one at any point in the match. 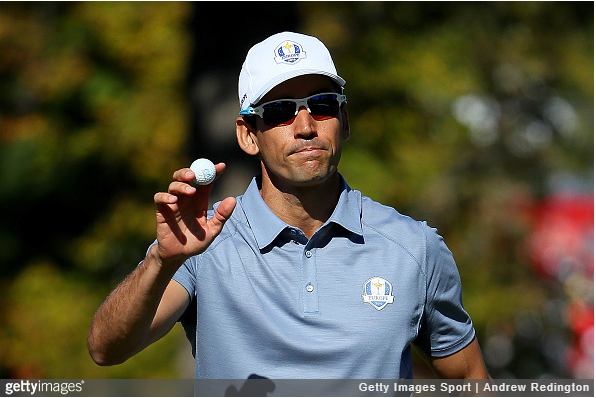 If Thomas Pieters was Europe’s MVP this week, Cabrera-Bello was a close second. Another rookie, Rafa opened up a three-hole lead on the front nine, and Walker was never able to get close enough. Rafa finished the Ryder Cup with a stellar 3-0-1 record. 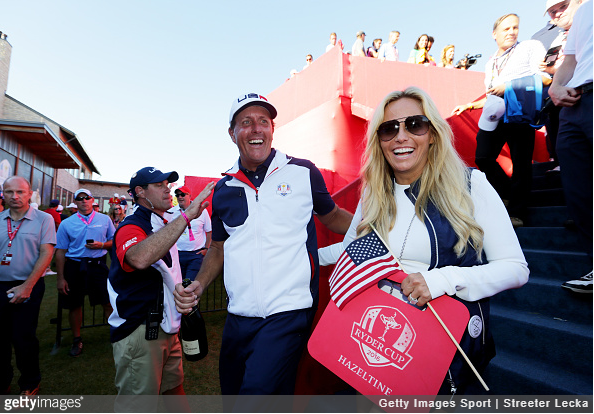 Much like at Royal Troon earlier this year, Mickelson really could not have done any more, and still did not win. However, unlike his epic duel in the Open Championship with Henrik Stenson, Mickelson was at least able to get his team a half-point.

Mickelson had an unbelievable 10 birdies, but Sergio, an historically great Ryder Cup player, matched him the whole way, with nine birdies of his own. 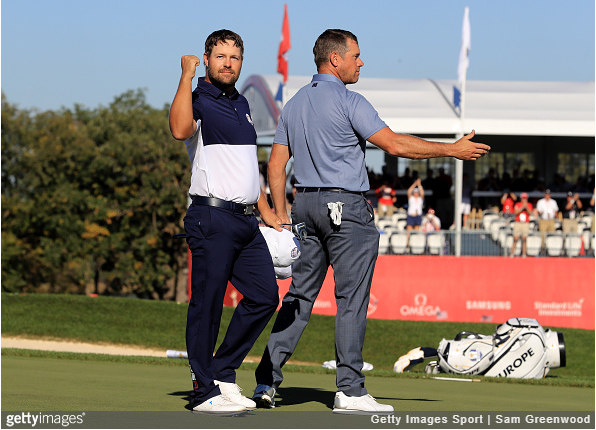 Another loss caps off a nightmare week for Westwood, Europe’s most experienced Ryder Cup player. A Captain’s pick, Westwood went 0-3-0 for the week. He led Moore most of the day, and was even up two with just three to go, but Moore won the 16th hole with an eagle, won the 17th with a birdie, and his par on 18 gave the U.S. the clinching point. 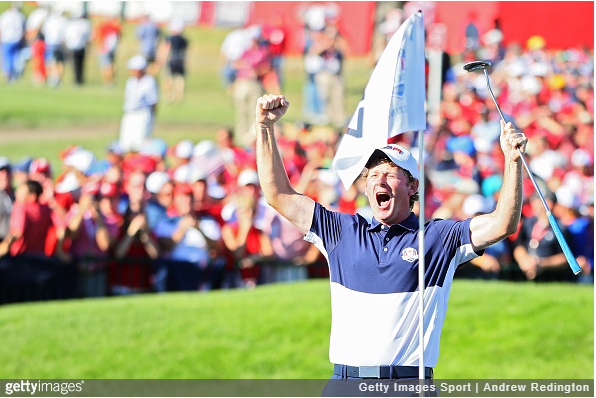 Snedeker was not spoken about a whole lot going into the Ryder Cup, but he was as valuable as anyone on the American side, going 3-0-0 for the week. Another one of Europe’s rookies, Sullivan may be considered a rising player on the other side of the pond, but he didn’t do a whole lot in this tournament. 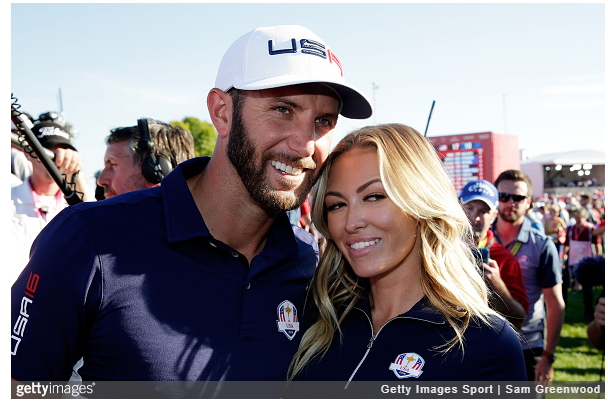 Possibly the biggest mismatch on paper, Wood held up tremendously against the PGA Tour’s Player of the Year. Wood had only played in one of the first four sessions, winning with Justin Rose in Saturday morning foursomes.

After his play, Darren Clarke has to be wondering if he should have played Wood more. Wood pushed DJ to an 18th hole after Johnson missed a short putt on 17 that would have been the team clincher, but a pair of pars kept DJ’s advantage at one hole. 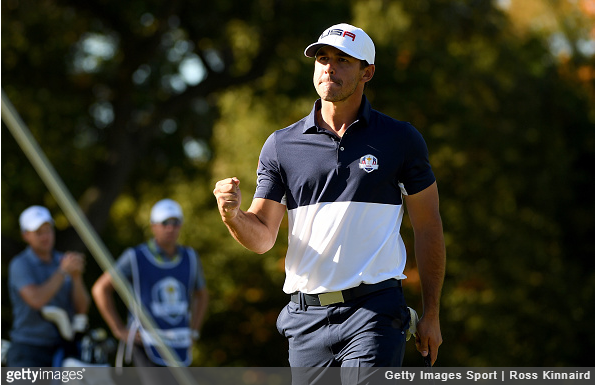 Willett’s brother probably will not have a lot to say tonight. A Ryder Cup rookie, Koepka absolutely dismantled the Masters Champion in what ended up being the biggest blowout in singles.

Willett actually led this one after five holes, but Koepka went on a tear starting on six, winning six of the next eight holes, ending the match on the 14th hole. Koepka was an impressive 3-1-0 in his first Ryder Cup. 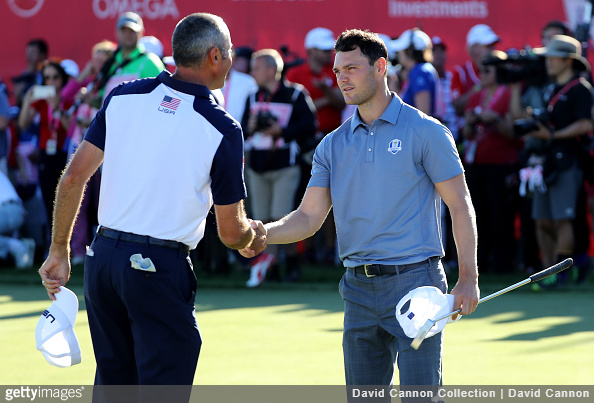 Before the back nine in this match, where he made up a three-hole deficit on Kuchar, a Captain’s pick, Kaymer’s performance in the Ryder Cup had been abysmal. The win was the only point Kaymer scored this week, as he lost his other three matches.

Kuchar’s disastrous day 1 afternoon fourball with Dustin Johnson might give the lasting impression that he had a poor week in a winning effort, but at 2-2-0, the Olympic Bronze Medalist ended up playing respectably as a whole. 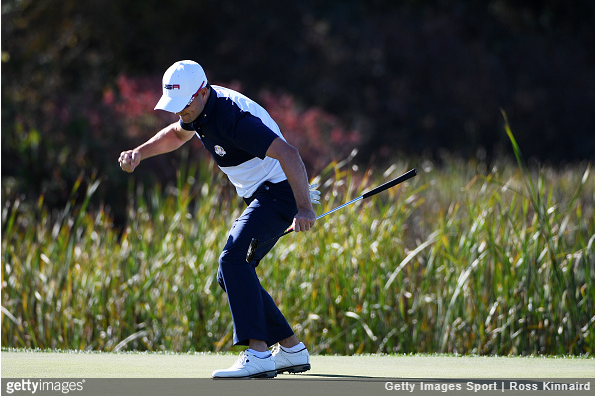 The Americans ended up not needing anything from Zach Johnson, their anchor for singles, but he still delivered a point for them in a mostly dominating effort. Johnson won two of the first four holes, and saw Fitzpatrick square the match on the 8th, but after that, it was all Zach, as he won 9, 10, 12, and 15 to close out the match.

“I’m just proud of these guys, they had a lot of pressure on them the past two years, and every time we picked a guy there was more and more pressure on the team, and more and more questions, and I’m proud of how every one of them played. It was a great team effort, I’ve never seen a team come together like a family like this, so much has happened that we’ve talked about over the last week. Unbelievable golf! The Europeans played some stunning golf, I told Rory McIlroy that might have been the best month of golf I’ve ever seen. I’m just proud of them, they hung in there really well all week.”
–Captain Davis Love III

“I really think it’s the fans, its the first time I’ve ever played in front of a home crowd and to have these guys do what they did, and to have the team come together, and when we’re down we have these crowds picking us up, cheering our names, it just gets you going, keeps you going, if you hit a bad shot they still pick you up so you can get out of it, and if you hit a good shot it just builds even more momentum, and more confidence over the putts.”
–Patrick Reed