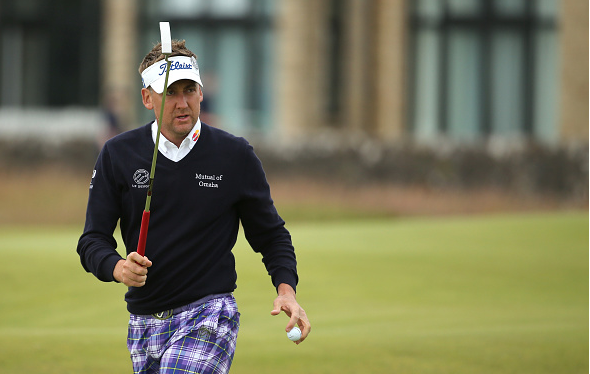 It has been a rough last few years for English golfer Ian Poulter, who has dealt with injury issues and has seen his golf game sharply decline from where it once was. For at least the second time this year, however, Poulter is looking like a winner.

Poulter, 41, shot 70-68 at an Open Championship sectional qualifier, which was good enough to earn a spot at Royal Birkdale later this month.

While he has never won the Open (or any major), Poulter does have three tops 10s, including a runner-up finish in 2008 at Royal Birkdale, and a T3 in 2013 at Muirfield. This will be his 16th start in the oldest major championship.

Job done today @WoburnGC securing a spot in @TheOpen. Woburn was magnificent as always. @JackSinghBrar is going to be a star. Well played. pic.twitter.com/UdhKA8Qmnn

Thanks Guys… looking to go 1 better than last time it was at @RoyalBirkdale_ @padraig_h went bananas… ?? https://t.co/K3CVAv0LU3

Congratulations to @IanJamesPoulter on qualifying for #TheOpen – see you at Royal Birkdale! ? pic.twitter.com/GSjUjCs5XC