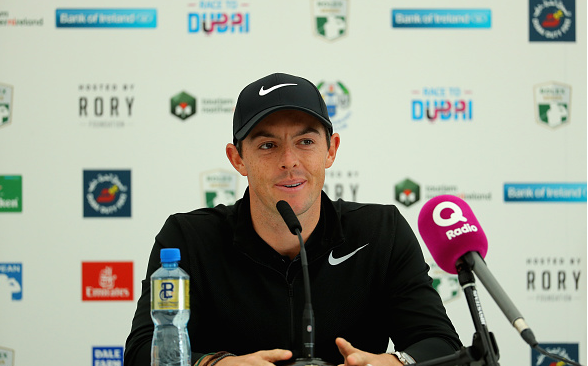 McIlroy has had a large online presence for years, but a contentious Twitter exchange he had last month with former Tour player Steve Elkington soured him on online interactions. At least for now, control of his social media accounts has been transferred to his wife, Erica.

“I must have wrote that tweet and deleted it about five times before I actually sent it. I sort of regretted sending it at the end. I actually gave my wife Erica my phone and said, ‘Change my Twitter password and don’t tell me what it is.'”
–Rory McIlroy