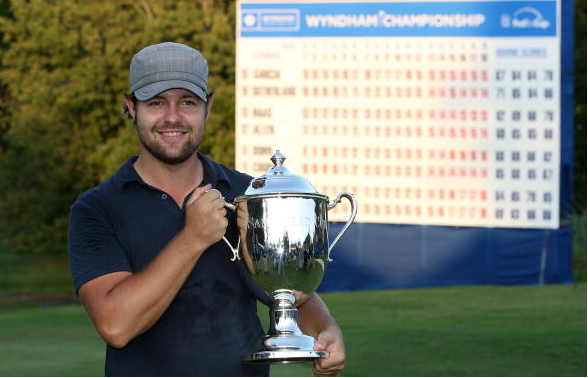 A host of big names are in the field this week including Olympians Patrick Reed and Rickie Fowler, and recent major champion, Jimmy Walker. Players will be looking forward to taking some momentum into the business end of the season, otherwise known as the playoffs.

Here are the Power Picks for this week’s Wyndham Championship at Sedgefield Country Club.

A winner here in 2013, Patrick Reed defeated Jordan Spieth in a playoff for his first win on Tour. With five Top-15 finishes in a row, including a T11 in Rio, Reed is in a strong position to capture his first win in over a year. Additionally, Reed boasts nine Top-10 finishes this season.
FedEx Cup: 8
OWGR: 14

It will be mighty tough for Jim Furyk to follow up his 58, but we’re sure he’s up for it. Sedgefield is a course which rewards accuracy, which should suit Furyk’s forte. The 46 year-old Furyk has only one start at this event in more than a decade, which resulted in a T9 finish in 2011.
FedEx Cup: 106
OWGR: 22

Webb Simpson’s first professional win also came at the Wyndham Championship back in 2011. The win highlights his five Top-11 finishes at this event in his previous six starts. This event means a lot to Simpson, as he’s even named one of his daughters after the title sponsor.
FedEx Cup: 74
OWGR: 62

Another golfer who’s coming in with some good form is Kevin Na. With five consecutive Top-30 finishes, including a T8 at the John Deere Classic, Na has had a strong summer. His last start at this event came back in 2010, where he finished T18.
FedEx Cup: 10
OWGR: 34

Ryan Moore had a comfortable win last week at TPC Deere Run, his 5th career tour victory. Moore, like Reed and Simpson, is returning to the site of his first tour win. The 33 year-old Moore will be looking to take advantage of his recent form – five straight cuts made including three Majors – at a course where his comfort level is high.
FedEx Cup: 23
OWGR: 50