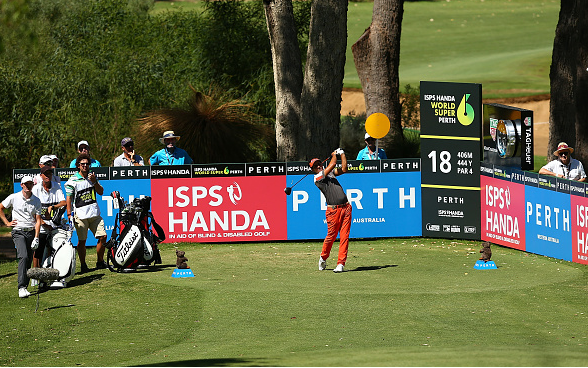 The European Tour moves from Malaysia to Australia for this week’s ISPS HANDA World Super 6 Perth, a unique tournament which mixes stroke and match play. 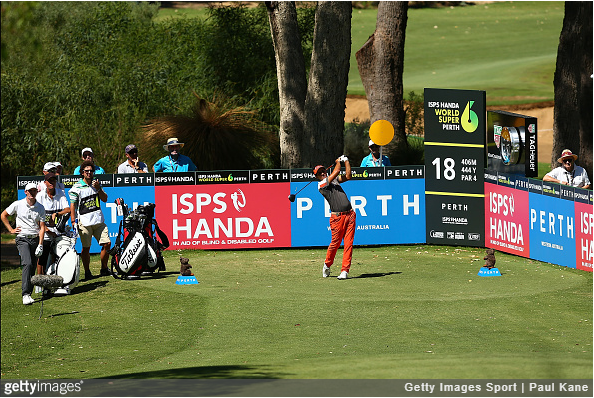 In its sixth year as a European Tour event, the World Super 6 Perth has been contested at Lake Karrinyup Country Club in Perth, Australia since its inception.

The ISPS HANDA World Super 6 Perth is in its second year as a stroke/match play hybrid tournament. 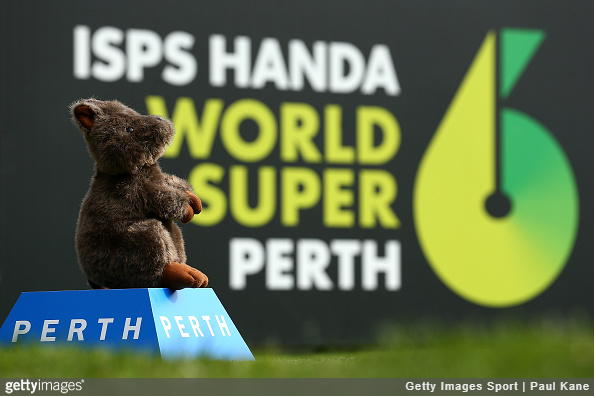 In 2017 the tournament was relaunched in its current hybrid format, where stroke play is used over the first 54 holes, with match play (contested in six-hole matches) utilized on the final day.

When it debuted, the World Super 6 Perth became the first international tournament to utilize the unique concept. Since then, tournaments like the GolfSixes have replicated its success.

The tournament is co-sanctioned by the European Tour and PGA Tour of Australia. It has a purse of $1,750,000 (AUS).

Top-8 players get first-round bye. All matches are six holes in length.

Brett Rumford claimed his sixth European Tour title in epic fashion as he beat then 17-year old Phachara Khongwatmai in the final of the inaugural ISPS HANDA World Super 6 Perth. 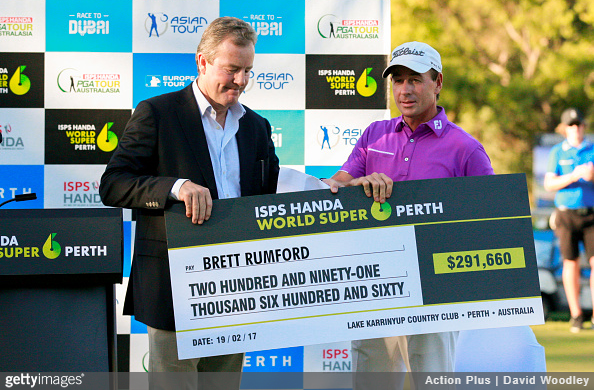 The European Tour was breaking new ground in Western Australia last February, with an event consisting of 54 holes of stroke play before a 24-man six-hole match play competition on Sunday.

Rumford was utterly dominant in both, leading after all three days of stroke play – by five shots at 17 under on Saturday night – and then sealing four wins in match play to complete a wonderful turnaround after losing his playing privileges last season.

His 2 and 1 victory over Thai teenager Khongwatmai in the final delighted the home fans, who saw a Perth native lift the trophy at Lake Karrinyup Country Club.

“It’s amazing, particularly being a new format, the first winner of that,” said Rumford.

“Golf is bigger than one person. If it’s going to grow the game and it’s more than just a golf tournament and it becomes an event in which we’re trying to grow this sport with a bit more thrill and excitement about it, then I think as a Tour we’ve done a great job.

“It’s great to be back. I’ve done a lot of reflection these past few months after missing my Tour card last year. I had a tough year and didn’t see my family that much, only four weeks in six months. It was a gruelling six months but I’m back and I couldn’t be happier.”

The field this week in Australia is headlined by former World No. 1 Lee Westwood. 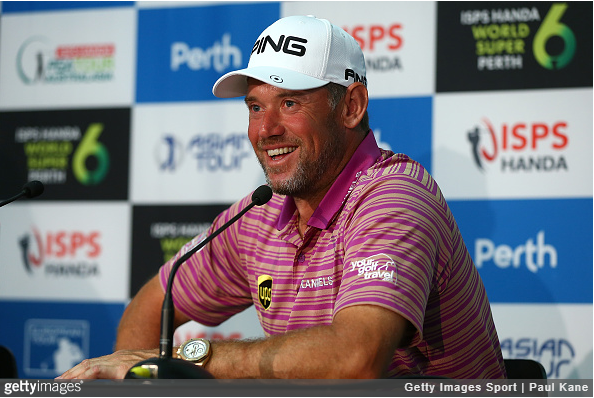 The 44-year old Englishman, now ranked No. 73, is one of eight players in the field ranked inside the top 100 in the Official World Golf Rankings.

Former Masters champion Danny Willett, Andrew “Beef” Johnston, and Chase Koepka are some of the other familiar names.