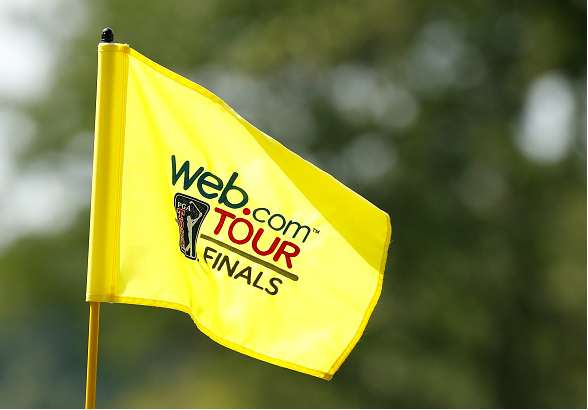 The Web.com Tour has received a lot more attention than usual lately, with their finals happening this month. The first two rounds are done, with Bryson DeChambeau winning the DAP, and Michael Thompson taking home the title last week in Boise.

This week the tour heads back to Ohio for the Nationwide Children’s Hospital Championship at OSU’s Scarlet Course in Columbus.

The top 25 on the money list after the four week finals will receive their PGA Tour card for next year. Notables who have secured their card:

Notables who still have work to do:

Speaking of the Web.com Tour, news of Michael Thompson’s victory at the Albertson’s Boise Open spread a long way:

To the victor go the spoils. ? pic.twitter.com/hURV9XKPqo