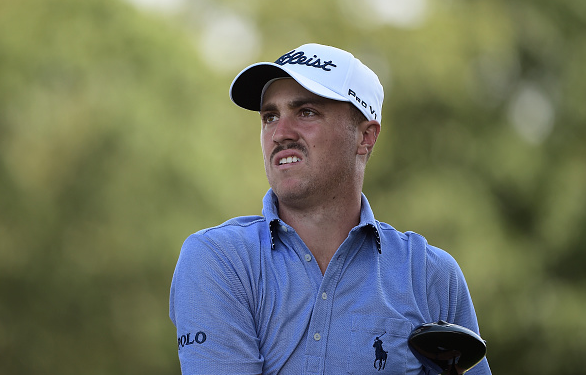 Justin Thomas, in the midst of a great sophomore season, and a hopeful for the last Ryder Cup Captain pick, is at the Tour Championship at East Lake in Atlanta, Georgia.

Thomas commented on the pureness of the East Lake terrain, which led to a funny reply from Daniel Berger, whose playoff performance (including a trip to East Lake) last season gave him the edge over Thomas for the PGA Tour Rookie of the year.

you enjoying your first time here?

Justin Thomas is currently 12th in the FedEx Cup Standings going into the final event. He will need a win and some help to take home the FedEx Cup and its $10 million prize. Thomas has an impressive five top three finishes on the season, including a victory at the CIMB Classic.

Berger is a bit further back in the standings at #26. Berger also has one victory on the season, at the FedEx St. Jude Classic. Both Berger and Thomas are part of the famed Class of 2011 which also includes Jordan Spieth and Emiliano Grillo (the favorite for this year’s Rookie of the Year).

A win by either Thomas or Berger would secure their place on the Ryder Cup team.