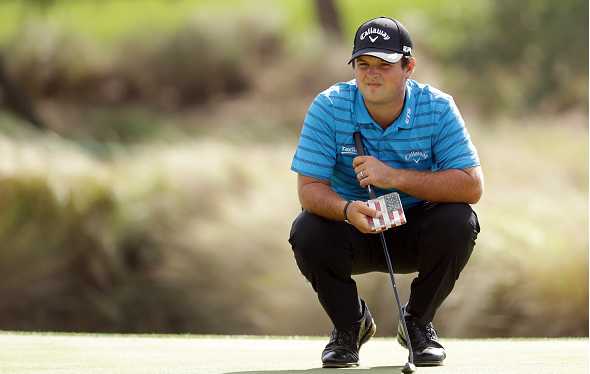 Patrick Reed posted a 5-under 67 on Saturday, highlighted by birdies on 17 and 18, to move to 8-under, and atop the 54-hole leaderboard at the Wells Fargo Championship.

Just one back, at 7-under, and tied for second, are two of golf’s rising stars, Alex Noren and Jon Rahm.

Reed, who has struggled for much of the season, has posted three consecutive rounds under par this week at Eagle Point, 70-71-67. Another player with momentum heading into Sunday’s final round is the aforementioned young Spaniard Rahm, who chipped in for a walk off birdie on 18 to get to -7.

The foursome of Seung-Yul Noh, Brian Harman, Vaughn Taylor, and 36-hole leader, Francesco Molinari, are tied for fourth, and just two shots back at 6-under.

Dustin Johnson bounced back from his second round 75, posting a 5-under 67 to move 32 spots up the leaderboard, into a tie for 14th, and just four shots back at 4-under. Also in the hunt at 4-under is 5-time major winner, Phil Mickelson, who carded a 3-under 69.

John Peterson struggled to a 2-over 74 on Saturday, dropping from T2 to T19. The day wasn’t a complete loss, however, as Peterson drained a long, winding birdie putt on the par-4 17th.

“I feel like the strength today is the same as it’s been all week. My short game has been really solid. My chipping has been great, and I’ve been making putts. That’s key around here especially when it’s blowing hard like this. You have to make your 4- and 5-footers. If you do that, you kind of keep the momentum going. I was able to do that.”
–Patrick Reed, 54-hole leader, Wells Fargo Championship