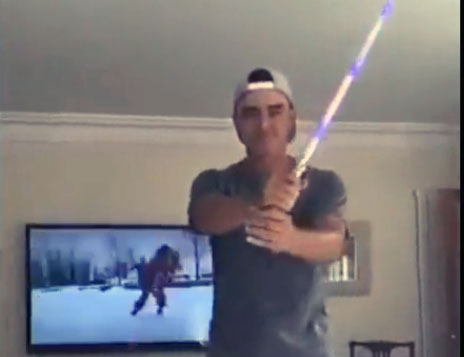 According to a story on PGATour.com, Rickie Fowler, Justin Thomas, Zach Johnson, Jordan Spieth, Jason Dufner, and Jimmy Walker have rented a “frat” house for the Open week.

And it sounds like the guys are having a blast at their work/vacation hangout, which is located on the ocean and only a mile from Royal Troon Golf Club.

According to the story, when it’s time to wind down, the boys throw in a movie, and so far it’s been a rotation of classics like Tommy Boy, The Other Guys, and The Equalizer.

Although it appears another movie has been added to the rotation. Check out this video from Thomas’s snapchat, where Fowler is playing with some sort of rainbow light saber and Blades of Glory is on in the background.


In a note unrelated to rainbow saber swords, Fowler shot an impressive 2-under 69, while his cameraman, Thomas, fired a 4-under 67, during round one of The Open Championship at Royal Troon.