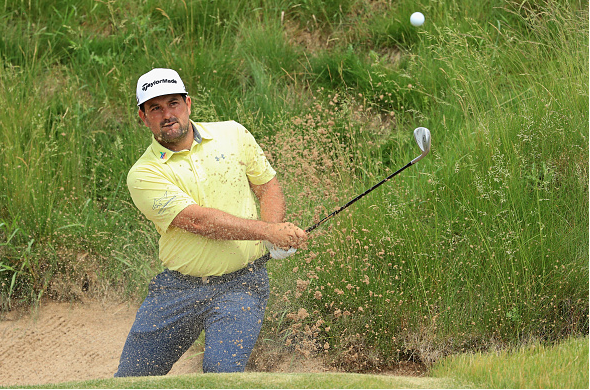 One of the biggest stories going into this week’s U.S. Open at Erin Hills is the status of Phil Mickelson.

The 46-year-old Mickelson, who turns 47 on Friday, is just a U.S. Open away from the career Grand Slam. He is likely to miss the Open, opting to attend his daughter’s high school graduation in California, but has not officially withdrawn, since a lengthy weather delay could theoretically allow him to make his 2:20 PM tee time.

One of those paying closest attention to the situation is Roberto Diaz, the current first alternate. If Phil withdraws, Diaz would get his spot.

Diaz may take Phil’s spot in the field, but he won’t take his place with the bookmakers.

with a non starter a refund, reposted Phil Mickelson at 40/1 to win US Open … his alternate Roberto Diaz is 1000/1

“It would mean the world. It’s like I’m in Disney. I was walking in and I was feeling butterflies just looking at everything. It’s the dream that everybody has as a golfer.”
–Roberto Diaz, on what getting a spot in the U.S. Open would mean.