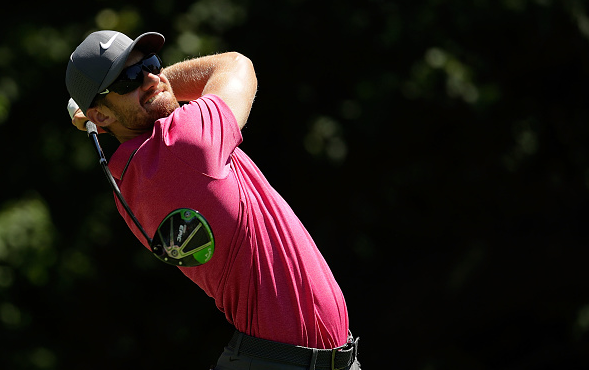 Patrick Rodgers shot a 3-under 68 on Saturday at TPC Deere Run, and will take a two-stroke lead into Sunday’s final round of the John Deere Classic.

The 25-year-old former Stanford star is at 16-under following a round that included five more birdies.

“It’s going to be a shootout because there’s a lot of birdies to be made out here, and I’m going to have to make my fair share in order to stay at the top,” said Rodgers, one of four players with a tournament-leading 19 birdies.

Tied for second, and just two back at 14-under, are Daniel Berger, whose 63 was the low-round of the day, and Scott Stallings (64).

Zach Johnson and Charles Howell III shot matching 70s and headline a group of players five shots back at 11-under. Bubba Watson (68) is tied for 57th at 6-under.

“Yeah, this is an incredibly special week just all around. I have incredible memories here dating back — I think I’ve played every year since 2012. Kind of my first taste of PGA Tour golf was here; my first taste of being in contention on the PGA TOUR was here; I think it was the first golf tournament I ever came to as a spectator.”
–Patrick Rodgers