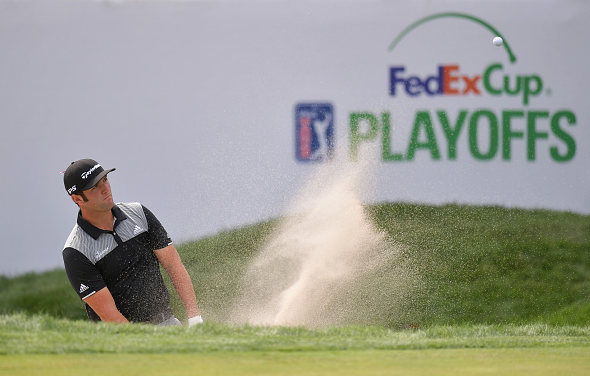 NORTON, MA – Rookie Jon Rahm fired a 5-under 66 on Saturday and leads the Dell Technologies Championship after 36 holes at TPC Boston.

Rahm struggled to start his day, and was 2-over through eight holes. But the young Spaniard turned it around with an eagle on the ninth (No. 18) to get to even at the turn. 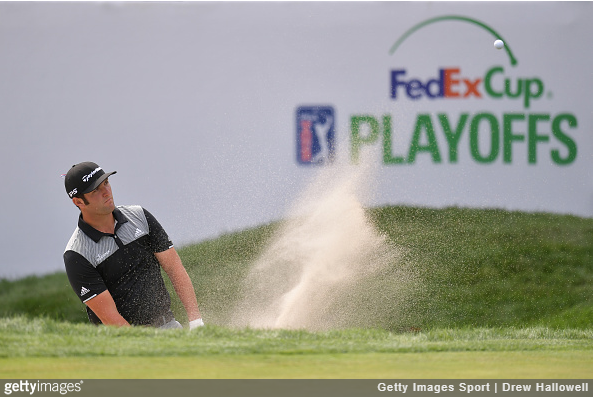 After a par on his first homeward hole, Rahm ripped off three straight birdies (11 through 13) to reach 3-under par. The 22-year old then cruised home with two more birdies to finish his back nine at 5-under 31 and a two-round total of 9-under par.

“I don’t know what to say. I played a nearly perfect back nine. Felt like I didn’t miss a shot. I felt I putted for birdie pretty much from every hole from a really close distance. Nothing to say about that one,” said Rahm, who, with a win, would move to No. 2 in the FedExCup standings.

Casey, who entered Boston at No. 12 in the FedExCup standings, guaranteed his slot in the Tour Championship at East Lake with his performance in the first two rounds at TPC Boston.

“I like it because there’s light at the end of the tunnel and you can see a conclusion now to the end of the season,” said Casey. “Certainly East Lake, not to get ahead, that’s one where I really enjoy playing, so it’s nice to know that I’m already guaranteed to go all the way through to that.” 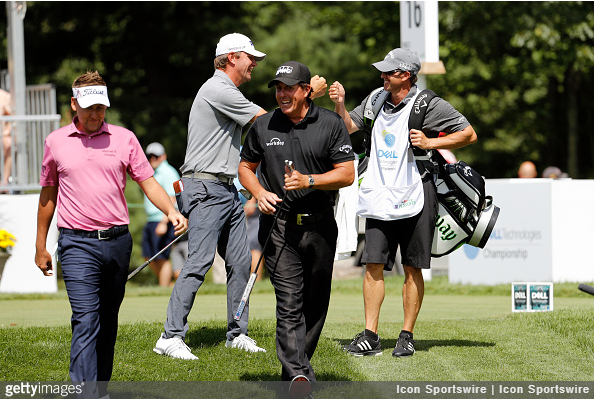 Fan favorite Phil Mickelson leads a another group of four players at 6-under, including Bryson DeChambeau (67), Marc Leishman (69), and Grayson Murray (68).

The 47-year old Mickelson followed up his impressive opening-round 69 with a 4-under 67 – his two best opening rounds in months.

“It was a good start. It’s fun to get in contention, and it’s fun to start shooting some scores that I feel like I’ve been playing well enough to shoot. But it’s been a good first two days,” said Mickelson.

Jordan Spieth moved 32 spots up the leaderboard on Saturday following a 6-under 65. The three-time major winner leads a logjam of five players at 5 under. 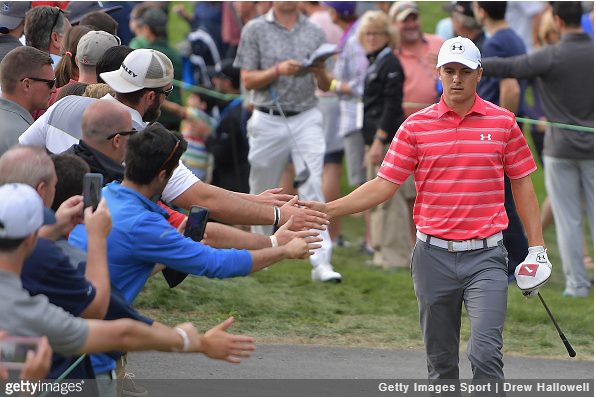 First round leader Dustin Johnson, who played with Spieth in the first two rounds, shot a 1-over 72 and dropped a stroke to 4-under (T15). Defending champ Rory McIlroy missed the cut after a second-round 3-over 74.

“I had a few goals early on in the year, and I ended up accomplishing a lot more than the ones I had in mind. And I believe, after Colonial, I got into the Top-10 in the world. This is kind of what, you know — it made me complacent of what I had accomplished all year.”