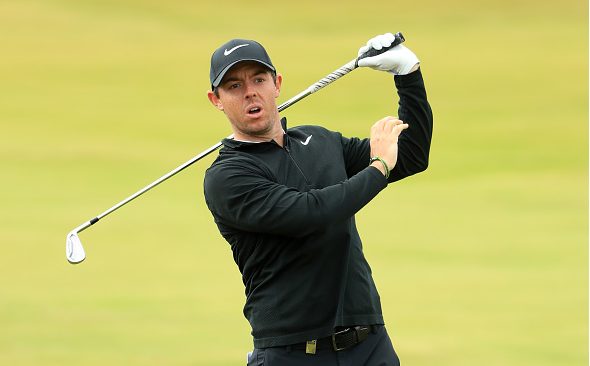 It has been a tough go lately for world No. 4 Rory McIlroy. The four-time major winner, who has missed considerable time with a rib injury, has had trouble finding a new putter, and has not played well as of late.

Still, Rory can turn this season around with a good showing at next week’s Open Championship at Royal Birkdale.

He is in Scotland this week for an Open tune-up, but if he wants to be Open-ready, he will need to do a lot better than he did today. A troublesome start of 4-over through his first four holes, led to a round of 2-over 73, and has him well off the lead through the opening round of the Scottish Open.

“It’s close. It’s hard to sit up here and stand in front of a camera every single time and say to you guys it’s close, because I sound a bit after a broken record after a few weeks. But really, it’s not far away.”
–Rory McIlroy, during a Wednesday press conference