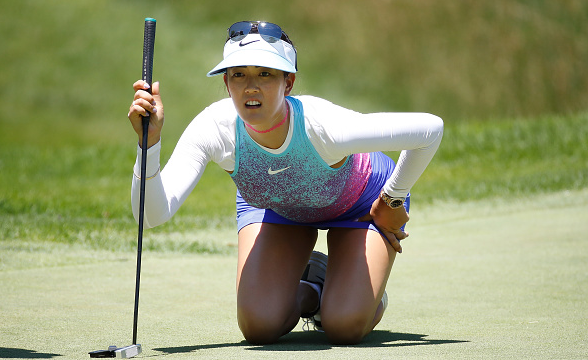 The incredible comeback season of one of the LPGA’s most popular players nearly hit a speed bump, as Michelle Wie has been dealing with neck spasms as of late.

There was concern that she might have to miss this week’s Women’s U.S. Open, an event she won in 2014, but as of Thursday morning, she was expected to give it a go.

Wie is considered to be among the top dozen favorites at Trump National Golf Club.

“It’s a shame, because she has been in such good form. It’s something she’s been trying to work through.”
–David Leadbetter, Wie’s swing coach