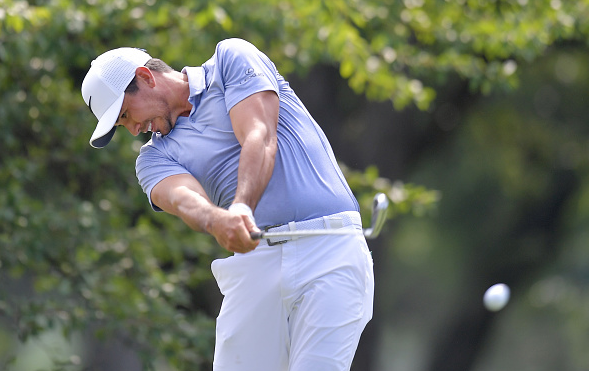 After opening rounds of 6-under 64s, at TPC Four Seasons, Ricky Barnes and James Hahn share the lead at the AT&T Byron Nelson. Four players, including Matt Kuchar, Jhonattan Vegas, Jason Kokrak and Cameron Tringale, are at 4-under-par, and just two shots back of the leaders.

World No. 1 Dustin Johnson, and 2016 Byron Nelson runner-up, Brooks Koepka, headline a group of seven players 3 shots back at 3-under 67.

Jason Day and Jordan Spieth are at 2-under and only 4 shots back. Defending champion, Sergio Garcia, struggled to a 3-over 73.

Here are some of the best highlights from round one at the Byron Nelson in Irving, Texas – per the PGA Tour Media.

Miss any of the action from Round 1?

We've got you covered.