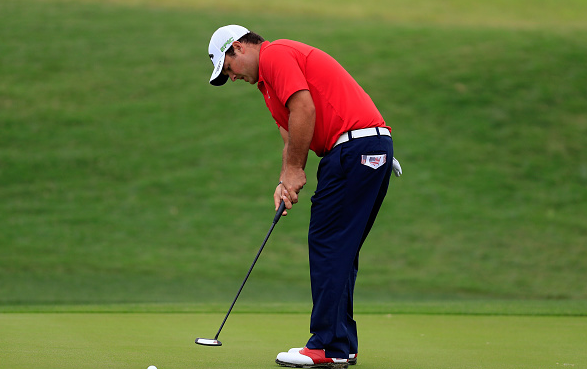 During the opening-round of the AT&T Byron Nelson at the TPC Four Seasons, Patrick Reed, a Texas native, drains a 64 footer for birdie on the par-3 17th.

Reed, who has uncharacteristically struggled this season, closed with a par on 18 for an even-par 70 round. He is at T41 and six shots back of co-leaders Ricky Barnes and James Hahn.