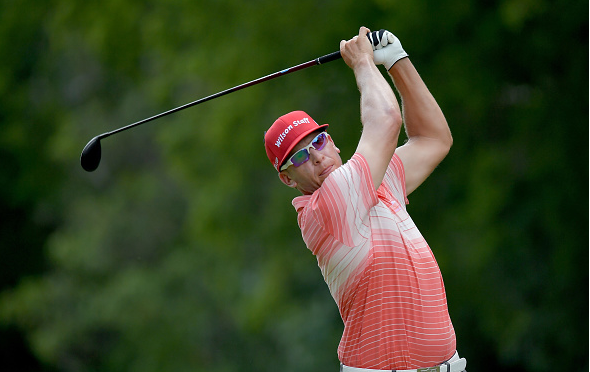 Ricky Barnes and James Hahn each fired opening-round 6-under 64s to take a share of the lead at the AT&T Byron Nelson at TPC Four Seasons in Irving, Texas.

A group of four players, including Matt Kuchar, Jhonattan Vegas, Jason Kokrak and Cameron Tringale, are two shots back at 4-under-par, while world No. 1 Dustin Johnson, and 2016 Byron Nelson runner-up, Brooks Koepka, headline a group of seven players tied at 67.

World No. 4 Jason Day and Jordan Spieth, the No. 6 ranked player, are at 2-under and only 4 shots back. Defending champion, and 2017 Masters winner, Sergio Garcia, struggled to a 3-over 73.

Koapka may have had the highlight of the day. And it had nothing to do with golf.

“It was blowing hard and it was gusty. I thought it was very difficult to judge the wind and control the ball. Felt like there were a lot of times I hit really good shots that didn’t end up in good spots.”
–Dustin Johnson, on the wind at TPC Four Seasons

Old friend Ernie Els with a chip and run birdie on the par-3 13th.

After 18 holes at TPC Four Seasons in Irving, TX