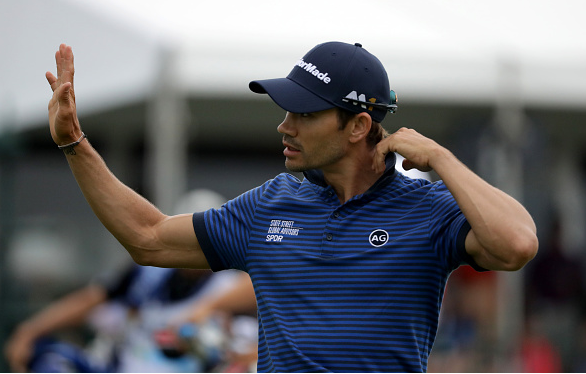 Round 3 of the RSM Classic is in the books with Mackenzie Hughes holding his lead by one shot. The PGA Tour rookie, Hughes, currently sits at 16-under-par, one shot ahead of Camilo Villegas, Billy Horschel and Cheng Tsung Pan.

Rounding out the top five is Chesson Hadley who carded a 3-under 67 on moving day. There are 15 players who are within five shots of the lead heading into the final round.

Round Of The Day

Camilo Villegas carded the round of the day after firing a 6-under 64 at the Seaside Course. Villegas double-bogeyed the par-3 3rd hole of the day but rebounded with birdies at 5, 7 and 8 to make the turn at 34.

After holing out for eagle in round 2, Josh Teater, couldn’t get anything going in round 3. Teater came into the day four shots back of the lead, but ending up falling back further after carding a 4-over 74 in his third round. Teater fell 44 spots down the leaderboard to T51.

Patrick Rodgers will be in the mix Sunday after an excellent round on moving day. Despite making a bogey at the par-5 7th, Rodgers, carded a 5-under 65 in his third round. Rodgers day featured four birdies and an eagle at the par-5 15th which was our shot of the day.