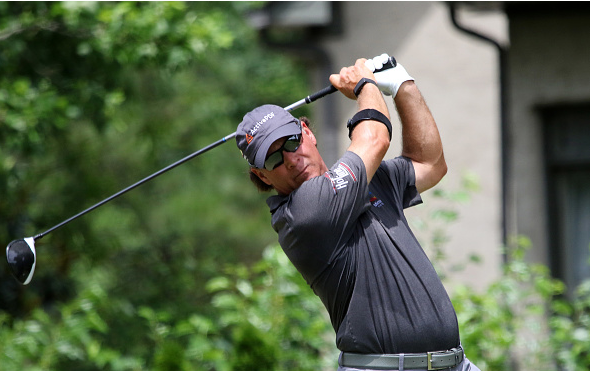 Scott McCarron posted a final-round 3-under 67 to edge Miguel Angel Jimenez by one stroke and capture the Shaw Charity Classic at Canyon Meadows. 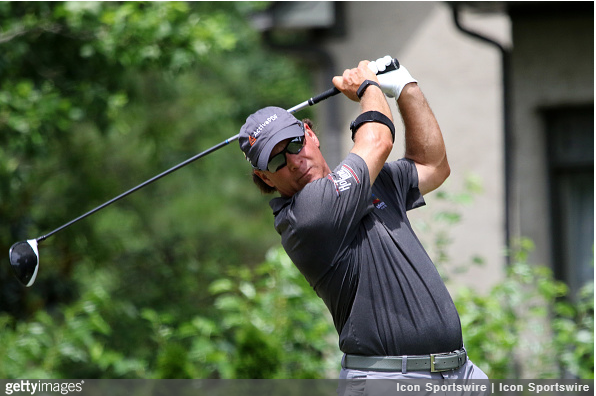 McCarron entered the par-5 18th two up on Jiminez. After the Spaniard made birdie to cut the lead to one, the 52-year old McCarron walked up and calmly holed a 3-foot par putt for his fourth win of the season.

“It felt like 20 feet,” McCarron said. “It was kind of a right-center putt. I didn’t take much time over it, because I saw it go right by and I knew exactly what I was going to do. I just missed a couple short ones before, so I didn’t want to even think about it too long. I set it up and made a good putt finally. It really felt good to get that done.”

Former British Open winner Todd Hamilton (67), along with Kevin Sutherland (68) and Scott Dunlap (67) tied for third at 13 under.

McCarron earned $352,500 and is firmly entrenched in second place behind Bernhard Langer in the Charles Schwab Cup race.

“Winning does not get easier. These guys are the best players in the world at their time and they’re still playing some great golf. I truly believe we’ve got 25 guys that can still play on the PGA Tour and compete.”