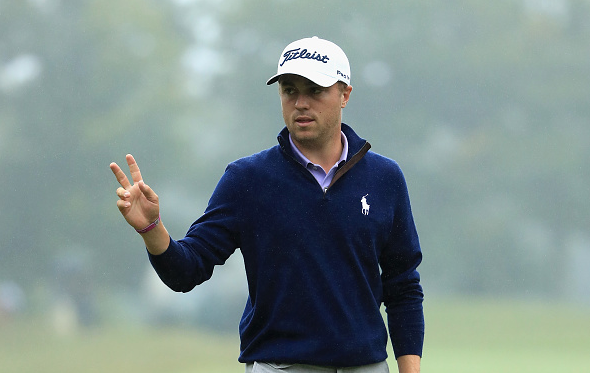 As we have seen a myriad times on the PGA Tour this season, when Justin Thomas is on, he is in his own tier among the active greats.

With 12 birdies to zero bogeys over his last 36 holes, we can safely say it: Justin Thomas is on. 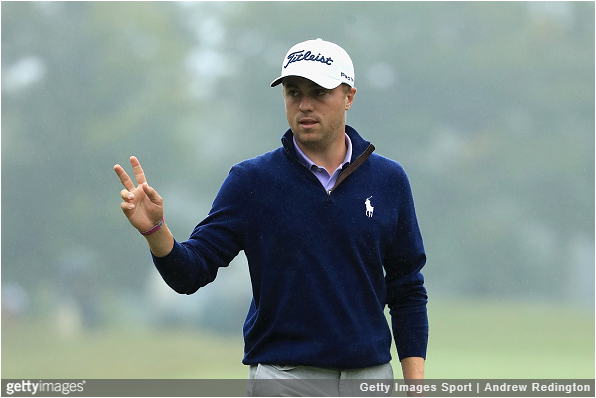 “I just felt I had total control of my game. I drove it beautifully. I hit my irons really well and my short game was good if I needed it,” said Thomas, who has four wins on the season.

And the 24-year-old PGA Champion added another record to his breakthrough season, as his 8-under 63 included 12 3s (eight par-4 birdies and four par-3 pars), the most ever recorded in a single round of a FedExCup Playoffs event.

The impeccable performance propelled Thomas to the top of the leaderboard at 12-under, where he co-leads with the 33-year old Leishman, who had his own stellar Sunday, shooting a bogey-free 6-under 65.

“Happy with my start, but I need another good round tomorrow to really turn it into like a good chance to contend in that FedEx,” said Leishman, who won the Arnold Palmer Invitational at Bayhill earlier in the season.

The twosome hold a one-stroke lead over FedExCup Playoff savant Paul Casey (67) who is alone in third at 11-under.

“Tomorrow only being one back, I’ve got a little bit more room for, margin for error,” said Casey. “So I like that — I don’t think the game plan changes.” 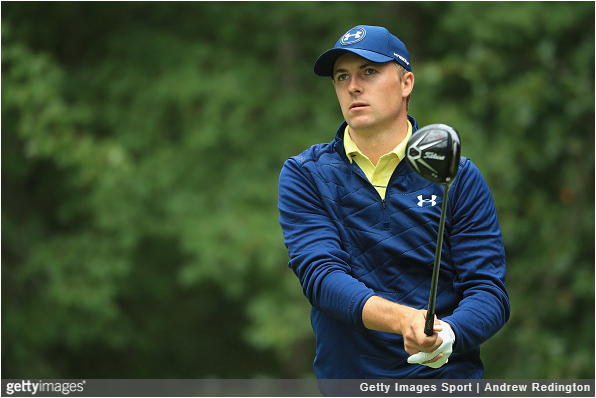 “I didn’t believe 5-under would be two back. I thought it was playing more difficult today,” said Spieth. “The round that J.T. shot was fantastic. I thought I played really solid golf, and you know, couldn’t have shot a whole lot better.”

The leaders of the first and second rounds, Dustin Johnson (66) and Jon Rahm (71), respectively, are tied for seventh at 9-under.

Thomas started the day at T15, mostly off the strength of a bogey-free 4-under 67 in round two, and kept that heat going into Sunday’s round three. 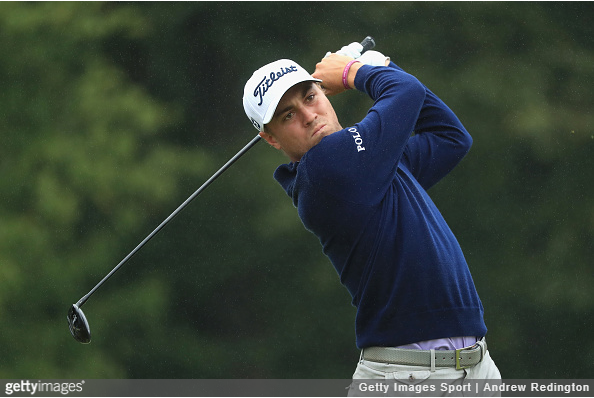 “But it’s crazy to think I did that and parred all the par 5s. Played them even par,” said Thomas. “That’s a little bit of a bummer; if I could somehow have a downside to the day. But like I said, I’m obviously extremely pleased and put myself in great position to win the tournament.”

By hitting 16 of 18 greens, Thomas put seemingly no stress on his putter, as he converted his chances over and over.

If Thomas can stay out front at the conclusion of Monday’s final round, it will mean five victories on the season.

Largely outshined by Thomas, but not forgotten, Leishman was phenomenal in his own right. His bogey free 65 was bested only by Thomas on Sunday.

“It was a good day. Drove the ball really well. Well, everything was pretty good, but especially the putter,” said Leishman. “You know, made all the putts that you probably expect to make for birdie and then rolled a couple of big ones in there.” 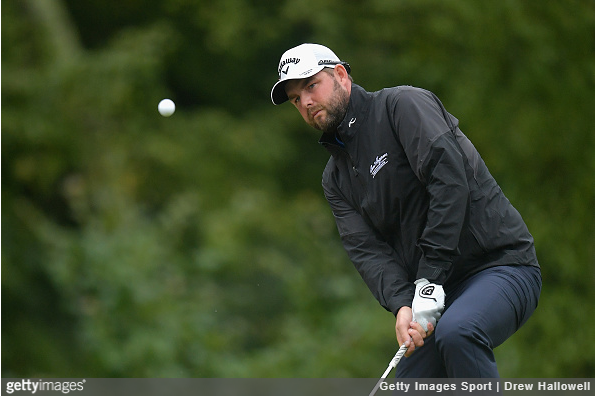 Leishman even one-upped Thomas on greens in regulation, hitting 17 of 18 on the day.

The Aussie was No. 20 in the FedExCup standings coming into TPC Boston, and with even an average round on Monday, he will likely lock up a spot at East Lake in three weeks.

“I just think that we treat kind of like these four events and Atlanta as a major. We are trying to be peaking this time. We are trying to be peaking come Atlanta. We try to take time off before the majors. I took a week off before the Playoffs to try to get my game ready to get rested and kind of get going. Obviously the PGA changed that a little bit, but for good reason.”

“I mean, myself, I would look at winning the FedExCup like winning a major. I think it’s become that big. I think a lot of players, you know, because it’s a season-long race, I feel like it’s got a lot of meaning. Obviously the majors are what everyone wants to win, but I feel like if you win the FedExCup, it’s almost — you know, it’s very close to a major.”