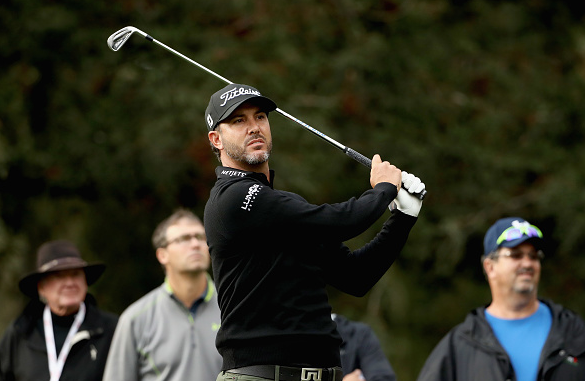 After a rain delayed second round at the Safeway Open, which wrapped up this morning, Scott Piercy remains the leader at 15-under par.

The 37 year-old Piercy, while not lighting up the birdie board like he did on Thursday, was solidly consistent throughout his second round, carding 14 pars to go along with 3 birdies and an eagle.

Piercy is 3 strokes up on Johnson Wagner and Paul Casey, who both sit at 12-under par for the tournament.

The key to Piercy’s game during the rain-delayed second round was his consistency. The 35th ranked player in the world showed patience under less than ideal conditions, and was nearly flawless managing risk with reward, which produced no red numbers.