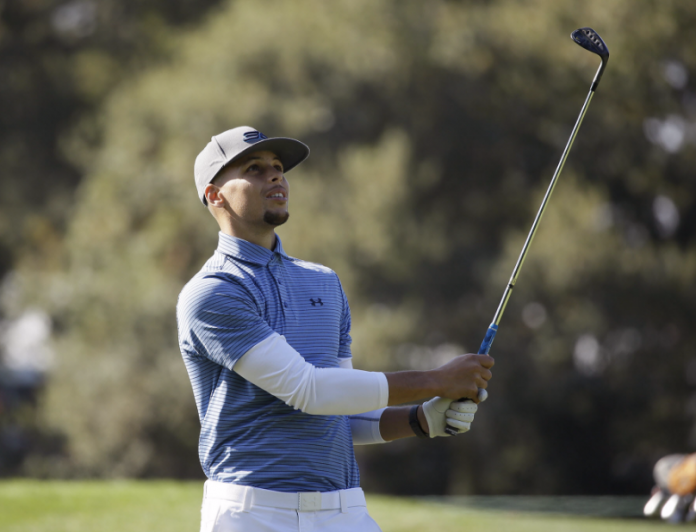 Fresh off of his stellar NBA Finals performance, Golden State Warriors guard Steph Curry is making news in the golf world. Over the weekend he played golf with Under Armour teammate Tom Brady.

And after Jordan Spieth’s epic hole-out at the Travelers, Curry’s tweet about his other UA teammate was one of the most shared on Twitter.

Game! Blouses! @JordanSpieth with the hole-out from the bunker to win it! Congrats bro

Then on Wednesday it was announced that the 29-year-old superstar has been invited to play the Web.com Tour’s Ellie Mae Classic on a sponsors exemption.

Curry most recently played in the pro-am at the Safeway Open this past fall, and reportedly holds a 2.0 handicap.

A Golden opportunity. The @NBA's @StephenCurry30 has accepted an invitation to compete in a @webdotcomtour event.

The Ellie Mae Classic will be played in Curry’s backyard at TPC Stonebrae in Hayward, California.

Curry is not the first professional from another sport to give golf a try. Baseball’s John Smoltz and NFL legend Jerry Rice have showcased their talents on the professional golf stage, but their performances were far from impressive.

Hopefully in Curry’s case, he can drain putts like he does three pointers.

“I’m looking forward to hopefully not embarrassing myself, but mostly having a lot of fun and hopefully raising a lot of money for the foundation…I’m going to try to keep it in the fairway.”—Steph Curry