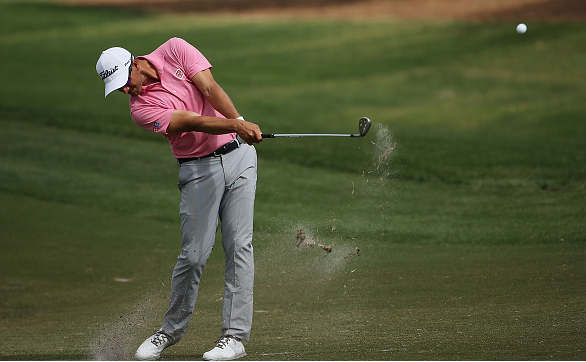 The 2016 season was another banner one for Adam Scott. He chased a win at The Honda Classic with a victory the very next week at the WGC-Cadillac Championship (now the WGC-Mexico).

He added two runner-up finishes and while he was mostly quiet mid-season, Scott finished his season on a tear, posting top 10s in all four FedEx Cup playoff events, including 4th place in the first three.

At year’s end, the 36-year-old had 13 career victories – the most of any active player under-40. Scott’s resume includes a major victory (2013 Masters), a world #1 ranking, and is 6th in all-time career earnings – having netted over $45 million in his 17 years as a professional. If he decided tomorrow to quit golf, his career would be considered a rousing success.

Scott played at last week’s Genesis Open in L.A., where he finished with a solid 9-under-par – good for T11. It was Scott’s first PGA Tour event of the 2017 calendar year, and first U.S. event of the 2016-17 season. (His only two other starts this season came back in October at the CIMB Classic in Malaysia, and the WGC-HSBC Champions in China.)

Looking to become the second player in history to successfully defend at the Honda (Jack Nicklaus did it in 1977-78 – then called the Jackie Gleason-Inverrary Classic), Scott is hoping that his elite iron game will not let him down in Palm Beach Gardens.

Scott’s first appearance at PGA National (in 2010) could not have gone worse as he shot 77-82 (+19) in the first two rounds and missed the cut, but like he has consistently done in his career, he bounced back and in his two Honda appearances since – a T12 and last year’s W.

This is later in the year than Scott typically begins his regular PGA Tour season, but based on his solid play at Riviera, there’s no reason to believe that he won’t be in contention at the Honda again.