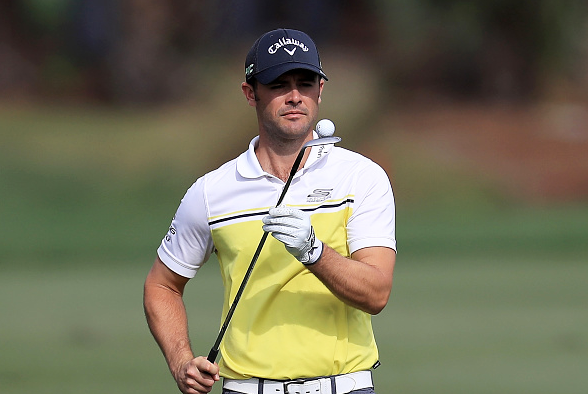 The PGA Tour has wrapped up the West Coast swing and is now headed East. The players will be teeing it up at PGA National for the Honda Classic. Last year, Adam Scott captured the one shot victory over Sergio Garcia.

Dustin Johnson, who is the new number 1, is just one of the big names taking the week off after the West Coast swing. Some of the big names playing this week are Adam Scott, Sergio Garcia, Justin Thomas, Rickie Fowler and Zach Johnson.

To go with our 5 power picks, here are the 5 sleeper picks.

The former number one player in the world, Luke Donald, has a chance to be in contention this week due to his past history at the Honda Classic. Donald has made 3 appearances to this tournament, with two of those resulting in Top-10 finishes.

The Englishman is coming off back to back Top-25 finishes – T23 at Pebble Beach and T17 at Riveria last week.

Knox, who is also a player that plays well at PGA National, has played in 7 events this season and only missed 1 cut. In the 6 tournaments where Knox played the weekend, he has finished inside the Top-20.

Although Knox missed the cut last week, I look for him to contend this week because he has  recorded two Top-3 finishes in 3 starts at PGA National.

Former trick-shot artist, Wesley Bryan, is starting to settle in on the PGA Tour after getting his automatic 3-win promotion last year on the Web.com Tour. Bryan, who missed 4 cuts earlier in the year, has played his last 8 rounds in 17-under and seems to be trending in the right direction.

Bryan had an excellent showing last week at the Genesis Open, where he finished T4.

Despite having two missed cuts this season, Henley, is coming back to tournament that he won in 2014. Henley has made the cuts in 5 events this year and all of those resulted in Top-25 finishes.

Henley has not won on the PGA Tour since his win at the Honda Classic in 2014, but has recorded 23 Top-25 finishes over the last three seasons.

The young Englishman Matthew Fitzpatrick is making his first stateside appearance since last October, when the 22-year-old played in his first Ryder Cup, losing both of his matches, including a 4&3 loss to Zach Johnson in the anchor match.

Fitzpatrick’s 2016 highlight was an impressive T7 that was largely aided by a final round 67, which tied tournament Champion Danny Willett for low Sunday round. In Europe, Fitzpatrick is coming off a two-victory season where he finished 6th in the final Race to Dubai standings.