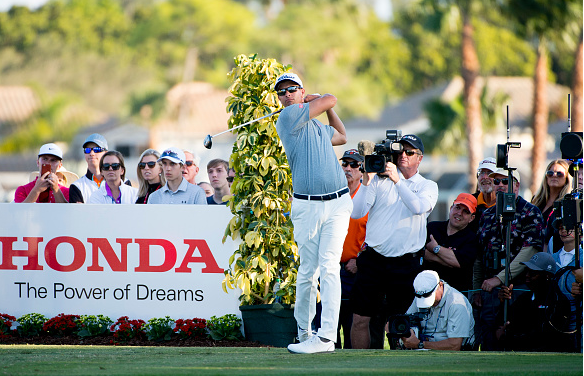 Adam Scott is returning to defend his title, where he outlasted Sergio Garcia to capture the one shot victory at last year’s Honda Classic.

The Honda Classic is the first tournament of the Florida swing and is played in Palm Beach Gardens. The players will be playing the Champion Course at PGA National.

The Champion Course features the famous three hole stretch (15-17) known as the “Bear Trap” – which was designed by Jack Nicklaus.

According to the Weather.com report, there is no rain in sight Thursday through Sunday. However, the Pro-Am is likely to be cancelled due to a storm moving through the area today.