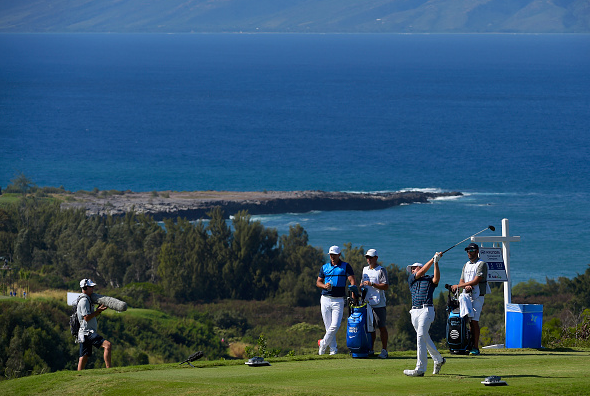 From there, the tournament became Spieth’s as rounds of 64-65-67 led to an overwhelming 8-stroke triumph in what held up for the entire season as the largest margin of victory.

The dominating win was Spieth’s first tournament coming off an unbelievable 2015 season where he:

After setting the bar unbelievably high with that historically great season, winning his 2016 debut looked like it might catalyze more of the same. However, despite winning two 2016 tournaments and playing a productive role on the victorious American Ryder Cup team (2.5 points in 5 matches), his year was considered largely disappointing.

The last impression many have of Spieth’s season was the disappointment of hitting two shots in the water on #12 to blow a large lead in the final round of The Masters. He was not competitive at any of the other three majors either, which did not help the image of the state of his game. While the expectations for his season may have been unreasonably lofty, we cannot help looking back and thinking that Spieth was capable of much more. He already showed us that he was.

This will be Spieth’s first tournament appearance this season, as he took an extended break after the Ryder Cup. Expectations will again be high for the man who blitzed the Kapalua field last season, and one of the biggest questions that fans have going into 2017 is, ‘which Jordan Spieth will we see’? The unstoppable 2015 Jordan Spieth, or the good-but-not-amazing 2016 version who was far less captivating.