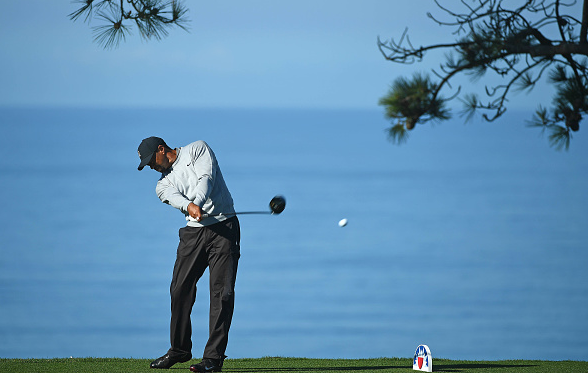 As is true every time he tees up, most of the attention the Farmers Insurance Open gets will be from those interested in watching Tiger Woods, the 14-time major winner, and long-time world #1, who has fallen all the way to #663.

This will be the first official PGA Tour start for Woods in 17 months, with his last action being a T10 finish at the August 2015 Wyndham Championship, taking a lengthy absence to recover from back surgery.

Technically, this will be Tiger’s second competitive golf tournament since the extended absence. In early December, he competed in his own Bahamas Tournament: the Hero World Challenge. The results were mixed. His final position, 15th in the 18-man field might not have been especially impressive, but a bogey-free seven-under 65 in the second round had to be an enormous confidence builder. For at least one round, he looked like he still had it. Even his final round 76 included five birdies; his bad holes were just very bad (three double bogeys).

Making his return at such a notoriously difficult course has raised some eyebrows, but Tiger has absolutely dominated this tournament in the past. He has seven victories at the Farmers Insurance Open (in addition to several other high finishes), plus an additional Torrey Pines victory when he ousted Rocco Mediate in a classic 19-hole playoff at the 2008 U.S. Open.

That being said, it has been a long time since we have seen vintage Tiger Woods, so even at Torrey Pines, expectations should probably be tempered. Late in the 2014 season, Tiger missed the cut at the WGC-Bridgestone Classic not long after returning from an injury layoff, despite having won the tournament eight times previously.