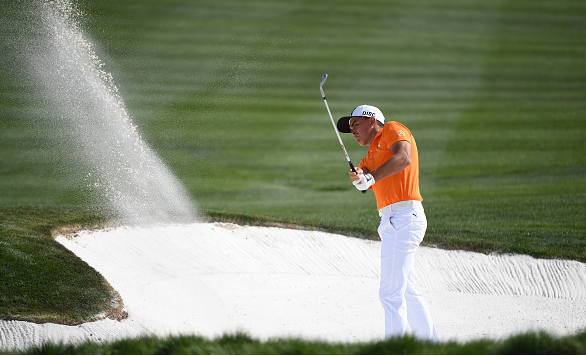 In last year’s Honda Classic, fan favorite Rickie Fowler started the tournament with matching 4-under 66s to take the 36-hole lead. After going bogey-free over those first two rounds, Fowler went hard in reverse on Saturday, not carding a single birdie to shoot a four-over 74. A final round 71 left him in a tie for 6th, which while disappointing in a vacuum, it was the fifth week in a five-tournament span where he had four top-8 finishes.

That tournament was something of a microcosm of Fowler’s career. On the biggest stages, he’s come close many times, but often ends up taking two steps back.

In 2014, Fowler finished in the top-five at all four majors, and because of the media hype, his peers on Tour ranked him as the “most overrated” (tied with Ian Poulter).

Since then, he’s lived up to that “overrated” ranking – as Fowler has been completely irrelevant in the majors for the past two seasons.

Now in 2017 he has eight full seasons under his belt, and the 28-year-old is still looking for major victory #1. He does have three career victories, including the 2015 Players Championship, but his legacy, and star status, demands much more.

How he performs in these early season events could tell plenty about the state of his game, and whether he is mentally ready to take the next step.

Fowler is still frequently mentioned in the same breath as the brightest young stars in the game, but should he really be? And for how much longer?