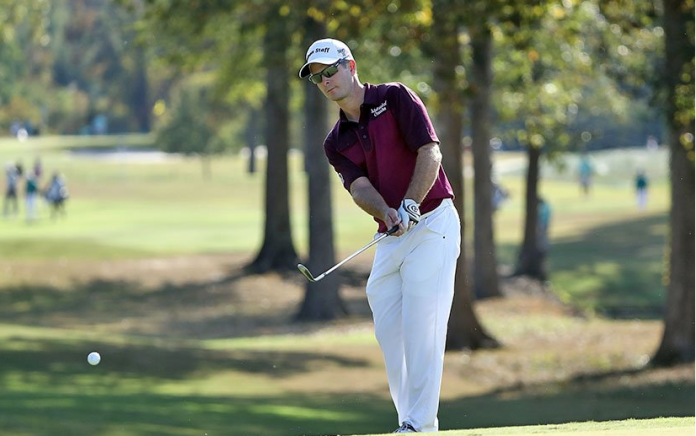 Kevin Streelman is the first round leader of the Sanderson Farms Championship after shooting a 9-under 63 at the CC of Jackson.

The 37 year-old Streelman started lights-out with 8 birdies over the first 12 holes. His only blemish of day came on the par-4 4th hole (his 13th) where he bogeyed.

The former Duke star recovered nicely by closing with two more birdies over the final 4 holes, finishing with 10 for the day.

A 9-under 63 for Kevin Streelman. pic.twitter.com/cV4JHPJKHM

Despite his hot start, Streelman finds himself only 2 strokes up on the trio of Trey Milinax, Seamus Power, and Carl Pettersson, who are all at 7-under, tied for the 2nd spot.

One of the keys to playing well at the CC of Jackson is to hit a ton of fairways and just as many greens. That’s exactly what Streeelman did during his first round.

Cody Gribble was one of our (sleeper) Power Picks this week in Mississippi.

The rookie played well in his debut as PGA Tour member in Napa at the Safeway Open, finishing with a 14-under par. But the former University of Texas star struggled a bit in what was his 5th round as a rookie, carding a 1-over 73 – highlighted by a double-bogey on the 16th hole.

Carl Pettersson holes an eagle from 162 yards out on the par-4 16th hole.

“It was a good start. I hit it really well. My coach gave me one or two things to think about today and one of them just really clicked. I was trying to feel a lttle more rotational and not so under or throwy, which is a tendency of mine. And so I was peppering the flags today.”
–Kevin Streelman, first round leader