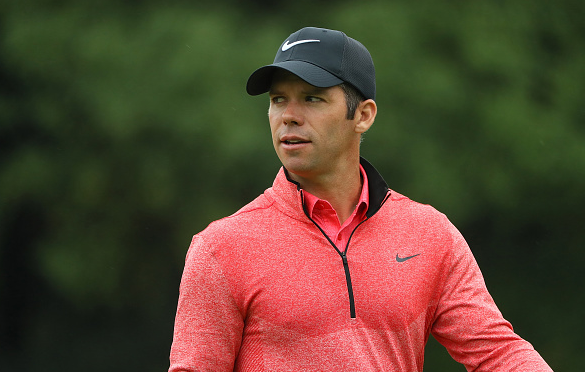 Companies pay big money to Tour players in exchange for the promotion of their brand on the golf course, in front of tournament galleries, and, especially, for the cameras.

In this space, we like to follow the brands almost as much as the players during a tournament, in order to measure the brand’s performance relative to exposure.

Aside from HSBC, which seems to be plastered everywhere at Sheshan International, the clear winners in the first round were Puma and Nike.

Why Puma and Nike, and not the brand worn by the leader?

Well, for two reasons: First, the leader after round one is the relatively unknown Rikard Karlberg, who got minimal coverage during his round, and has received little carry over exposure, even in the wrap-up news videos.

Fowler on the other hand is a superstar, and fills the void, while delivering premium branding for Puma.

Secondly, Karlbergs’s sponsor, Black Mountain, is nearly unidentifiable on his scaly cap. So even in the few videos and photos of Karlberg, Black Mountain gets almost zero in return. (Look for him to wear a traditional cap in round two.)

The other winner, as mentioned, was Nike – thanks to the very-hot Paul Casey who enjoyed another superb day with a 5-under, while playing with defending champ Russell Knox, and Fowler.

Casey’s earned media, coupled with the cameras also focused heavily on Rory McIlroy, it could be argued that Nike actually won the day, overall. But we’ll call it a push.