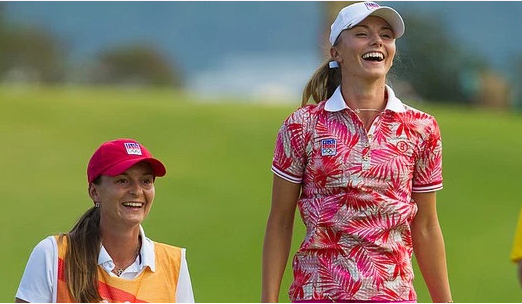 In today’s Daily, we have the selfie to end all selfies, a fun game on the European Tour, Web.com updates, Luke Donald’s amazing, envy-inducing prize, and pictures from Rio.

We also tell you why Kevin Na is feeling a sense of urgency at the Wyndham, despite having a spot in the playoffs locked up, as well as an amateur name to remember. And finally we wonder about the cross-sport abilities of LeBron James and Neymar.

Selfie of the Day…  Make that Year!

So far, Justin Rose has not been shy about letting people see his gold medal, and why should he? He is the only one on the planet with a gold one for golf. It has been a life-changing development for the world’s ninth ranked golfer.

A Thought From Jordan Spieth

We haven’t heard much from Spieth the past 2-3 weeks, but he got on twitter last night to ponder LeBron’s Olympic game.  It is an interesting idea, although if LeBron won’t even enter the All-Star Dunk Competition, he probably wouldn’t be up for the decathlon.

Would love to see @KingJames give the decathlon a go with training. Think he'd be really solid until snapping the pole in pole vault ?

Here is a look at what the U.S. golf female representatives will be wearing today for round 3:

Westwood and Donaldson Getting Out Some Aggression

Lee Westwood and Jamie Donaldson took to a range for an annual game put on by the European Tour, taking turns hitting a cardboard cutout of each other. Here’s a clip of Westwood nailing the cutout of Donaldson.

“I want to guarantee myself, lock myself for the Tour Championship. Obviously we have four playoff events but, unfortunately, I’m only going to be playing three because the second playoff week my wife and I are having our first child. We’re going to be missing that week. We’re having a girl. So we’re very excited. I added this week so I could get some more points to lock myself up.”
–Kevin Na, on his urgency this week, despite ranking #10 in the FedEx Cup standings

Taking the week off for the delivery of his first child is an easy decision for Na, but puts more pressure on him to stay out in front at the Wyndham. He would love to have a spot at East Lake secured before the Tour Championship.

That is some impressive company for the amateur star.

Dylan Meyer, quarterfinalist in US Am, won Western Am earlier this month. Only 11 players have won both in same yr. pic.twitter.com/LUQljpvgE7

Czech golfer Klara Spilkova showed some serious ups when trying to get a view of the green. 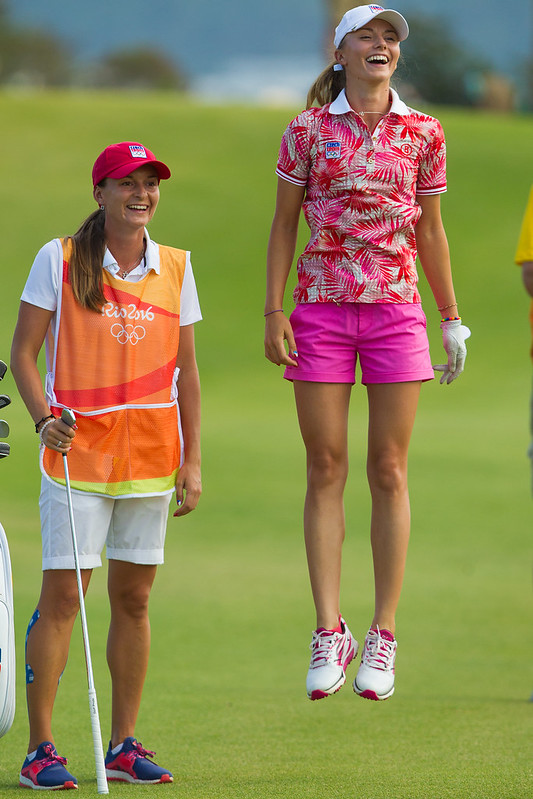 His position in “The 25” makes him a lock for PGA Tour events next year.

The Regular Season is winding down. Every dollar counts. https://t.co/BvcgVPAnGw pic.twitter.com/YAQ4Ui7ToO

Neymar swaps the football for a golf ball: video https://t.co/fxPAhANLGR

The ladies at Olympic Village at night:

So much fun tonight at Olympic village ??? @usagolf @teamusa

No word on if they were robbed at gunpoint.

Ping will expand its focus on apparel technology to include Coolmax heading into 2017: https://t.co/Rmje7zOYgf pic.twitter.com/ur2aLVQzD6

Add American Brittany Lincicome to the list of women whose turn-offs include slow play. This was her reaction after Brazilian golfer Victoria Lovelady was docked a stoke in Rio:

I'm sorry it happened to this girl. BUT… We need to penalize with strokes on the @LPGA more often!!!
Sooo slow ? https://t.co/MWRLtMLC8j

Several professional golfers have won free cars for holes in one, but Luke Donald received an even more unique prize for his ace on #16 during the first round of the Wyndham Championship. With the ace, Donald won a two-week vacation each year for the rest of his life from Wyndham Vacation Ownership.

One of his colleagues is already trying to get in on it.

@PGATOUR awesome where we going Luke?

Hype Video of the Day

New Zealand has Olympic Fever, and is excited to watch Lydia Ko today!

It's nearly time for @LydiaKo to start her second round! Get ready, it's going to be a late one #GOKO pic.twitter.com/RiAFh9uAeU