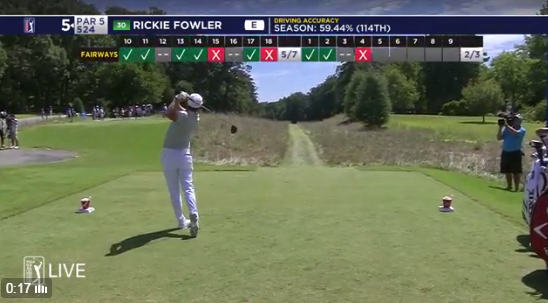 Rickie Fowler with a great strategy in round one of the Wyndham Championship using the cart path for some extra yardage.

Just the way he planned it. ? https://t.co/Z9KTfLdToU

Probably not how Fowler planned it when he stepped up to tee on the Par 5 5th hole at Sedgefield Country Club, but after he piped it 400 yards and kept it in play, I’m sure he’ll take it. Plus apparently, it’s in his “speed slot.”

Fowler would go on to birdie the hole en route to a 3-under 67 in the first round of the Wyndham Championship.