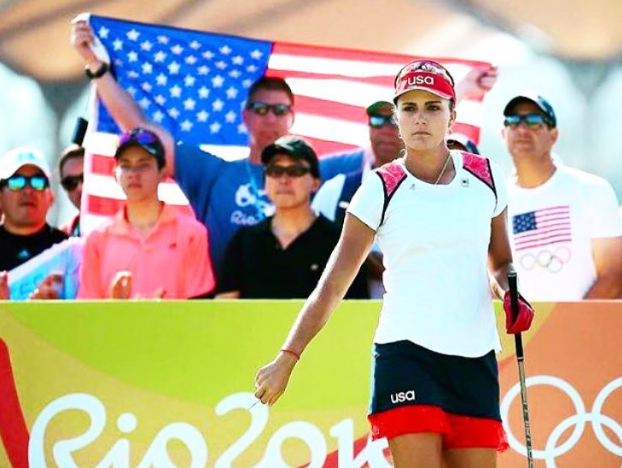 In today’s edition of The Daily we look at the Women’s Golf Competition at The Olympics down in Rio, the workout of gold medal winner Justin Rose, an update of the Schwab’s Cup standings on the Champions Tour, a look at the Web.com Tour, and more.

The Champions Tour is off this week, after last week’s Senior U.S. Open at Scioto Country Club. They will be back in action on August 26-28 for the Boeing Classic.

You Don’t Know If You Don’t Try

Several players liked this tweet from John Tillery. Apparently someone is looking for tix to the Wyndham Championship.

The story of Aditi Ashok is trending in India. Ashok is the youngest player in the golf competition field, both men and women.

Good to know you're following it at least. First step towards understanding it. ?

Happy to know you are following. First step is taken. #Golf belongs in the @Olympics. @IndianGolfUnion https://t.co/T65XgnviXG

If your not watching on hotstar u should be #olympicladiesgolf @aditigolf in the lead people !!!! COME ON INDIA ! pic.twitter.com/N47RrzxxLx

Volunteers going above and beyond at Olympic Golf.

Game Face of the Day

Lexi Thompson is ready for round 2. She went -3 in round one.

That stare of determination ? #rio2016 #olympicgolf

Not the Shot of the Day

Japan’s Haru Nomura had a lapse in concentration while attempting a backhanded tap-in. An embarrassing mistake she is unlikely to make again.

Olympic Gold medalist Justin Rose, one of the more fitness-devoted players on Tour, building up his functional strength with a kettle bell.

Getting back to some fundamentals in the gym @360_healthperformance after an amazing few days rest with the family. pic.twitter.com/D2UEvEDGlh

A beer recommendation from a guy who knows a thing or two on the subject:

Adidas Climacool Sport Block Polo from Golf Galaxy. Perfect time for a U.S.A. polo with the first Olympic golf action in over a century!