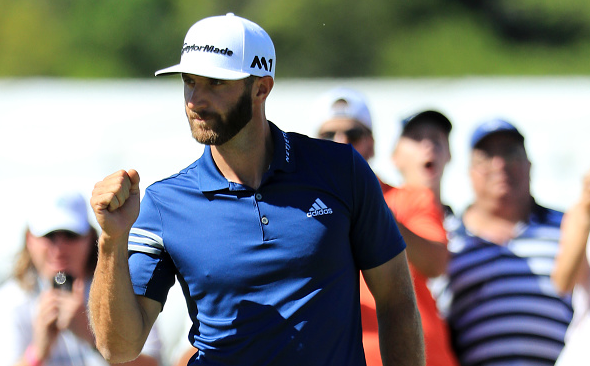 The world number 1, Dustin Johnson has played some pretty stellar golf in his last three events. Coming off of back-to-back wins, Johnson will have a chance to get into the Championship Match if he can get a win tomorrow morning over Hideto Tanihara.

On the other side of the bracket we have the unstoppable Jon Rahm taking on Bill Haas. Rahm ran through his match play group by dominating fellow Spainard, Sergio Garcia. While, Haas’s unlikely chip in against K.T. Kim in his playoff match advanced him through the group stage.

To get further into detail, lets take a quick preview of the final four match-ups and predict some winners.

1 vs 54? Seems pretty simple. However, Tanihara beat Jordan Spieth in the first round – 4&2. There is no question that Tanihara has played some solid golf this week and doesn’t seem to back down when facing players in the top ten in the world.

Despite his slight falter against Haas, I don’t see Johnson losing this match. Johnson has dominated almost every match and is leading the field in strokes-gained-putting.

Additionally, Johnson is finding a ton of fairways with his butter-cut and will find a way to put out Tanihara somewhere around the 16th hole (3&2).

The only way Haas can win this match is to get out on top early and apply some pressure.

Rahm is on fire right now and seems to be well in control of every aspect of his game. If Rahm goes up in this match, I don’t see him losing.

This match seems to be a fairly easy pick to win and I am going to go with the youngster, Rahm, in 15 holes (4&3).

After the morning matches, I will breakdown the Championship and Consolation matches.