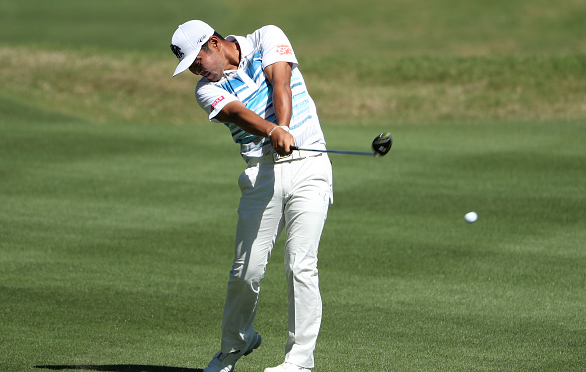 Little-known Hideto Tanihara was expected to be a easy out in the group-play at the WGC-Dell Match Play. Instead the 38-year-old from Japan is moving onto the final-four on Sunday at Austin Country Club after discarding his latest victim, Ross Fisher, 4 and 2 in the quarter-finals.

Tanihara, ranked No 54 in the field, is most certainly the biggest surprise of the tournament. After beating Jordan Spieth in then opening-round, the Tokyo resident hasn’t looked back – going 4-0-1.

He will face off against Dustin Johnson in the semi-finals – who beat Alex Noren 3 and 2.

Tanihara said his goal coming into Austin was to play well enough to “make the Masters.” With a guaranteed top-4, he’s on his way to Augusta, and “very excited.”