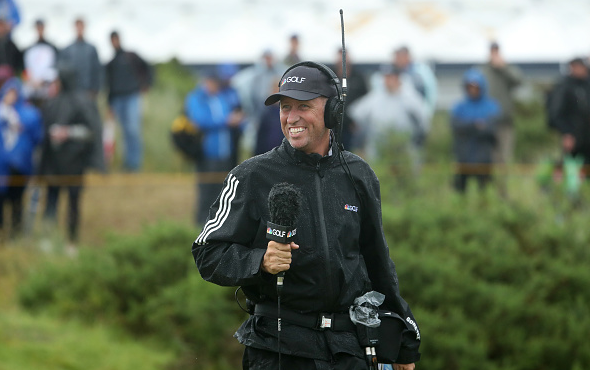 The second round of the 146th Open is in the books, and two-time major champion Jordan Spieth (69) sits alone atop the leaderboard at Royal Birkdale.

The 23-year-old Spieth is at 6-under-par following a second consecutive sub-70 round.

Two back, and alone in second at 4-under, is Matt Kuchar, who posted a second-round 1-over 71. Englishman Ian Poulter and U.S. Open champion Brooks Koepka are tied for third at 3-under.

Before we head into a weekend and round three, let’s take a look at some of the best and worst from day two at Birkdale.

Zach Johnson bounced back from an opening-round 5-over 75 to post the round of the day, a 4-under 66. The 2015 Open Champion finished with five birdies and just one bogey.

Afterwards, Johnson commented, “Today was solid. I made a nice par on 1, and then after that I think I might have hit one errant shot, if you really want to try to pick it apart. Complete opposite of yesterday, clearly. I guess my saving grace last night was I can’t get any worse, one.”

Paul Casey and Charl Schwartzel both shot opening-round 4-under 66s, and many figured the two world-class golfers would be around come Sunday. But both flamed out, terribly, on Friday, with a 7-over 77, and 8-over 78, respectively.

Hard to pick a player here when most were wearing rain gear or hiding behind umbrellas, so we’re going with Jim ‘Bones’ Mackay, who looked pretty spiffy in his new NBC Sports/Golf Channel attire, while walking the course carrying just a mic (and not a bag).

Rory McIlory was 5-over at the turn in the opening round, and it looked like the World No. 4 was on his way to missed-cut No. 3. (in a row).

But since then, over the next 27 holes, McIlroy has gone 6-under, and incredibly sits at 1-under, tied for sixth.

The caddies are always underappreciated – especially on rainy, windy days like today. Try lugging around a 40 pound bag about 5-6 miles, up and down hills, and then throw an umbrella into the mix – all while playing the role of coach/analyst/therapist.

Richard Bland and Austin Connelly won the award yesterday, and the two are still hanging around at T6 (-1). But Scotland’s Richie Ramsay has overtaken the duo.

Update: Apparently Ramsay is not a total no-name as he finished T2 at the Irish Open two weeks back, and I actually wrote his name in the lead-in. Go figure.

Only Zach Johnson shot 4-under 66.

Chris Wood holes out for eagle on 18 to end 36 holes at 3-over and make the cut.

What a way to finish! Eagle on 18 for @chris3wood to put himself inside the projected cut. #TheOpen pic.twitter.com/l4UDra0wjm

Final Scores, Round One