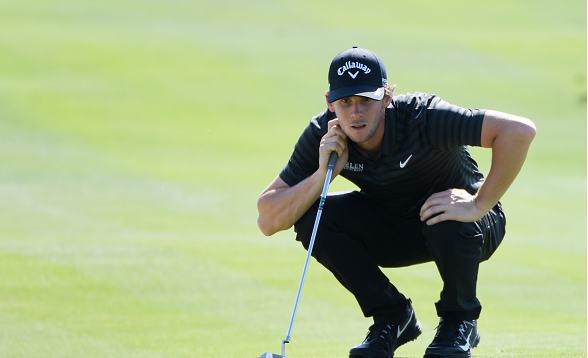 A chip-in birdie on his final hole gave Thomas Pieters a one-shot lead heading into the weekend at the Abu Dhabi HSBC Championship. 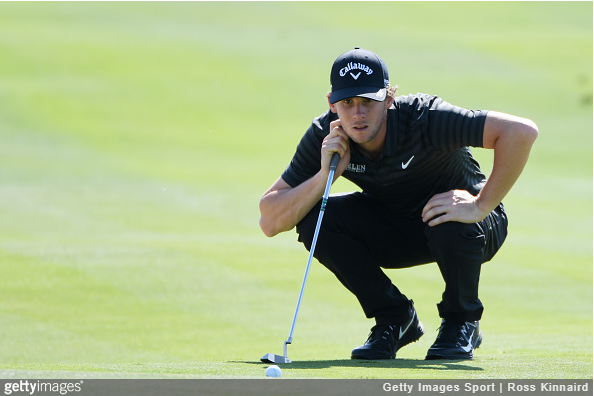 The 25-year old Belgian finished his bogey-free round with seven birdies, including a pair of back-to-backs (Nos. 1-2 and 8-9), en route to a 36-hole total of 12 under, one clear of Spain’s Jorge Campillo.

“We have a decent game plan. I’ve done well here in the past and it suits me,” said Pieters, who finished runner-up here in 2016. “We hit driver wherever we can and the rest of it, it’s good ball-striking and going at a couple flags with wedges when you have them that you need to do that.

“I hit most of the middle of the greens. If I had a wedge, I went at the flag and I think I got up-and-down or made birdie with a wedge in my hand three or four times. It wasn’t really that fancy today but a very good round.”

Campillo shot 8-under 64 to sit alone in the second spot at 11 under, while defending champion Tommy Fleetwood was one further back at 10 under, following a second-round 68. The Englishman is T3, alongside a pair of teammates from last week’s EurAsia Cup: compatriot Ross Fisher (67) and Frenchman Alexander Levy (65).

Rory McIlroy posted a day-two round of 66, and headlines a group of five players tied for sixth at 9 under, including England’s Paul Casey (65) and Andy Sullivan (65), along with Aussie Sam Brazel (68) and Austria’s Bernd Wiesberger. 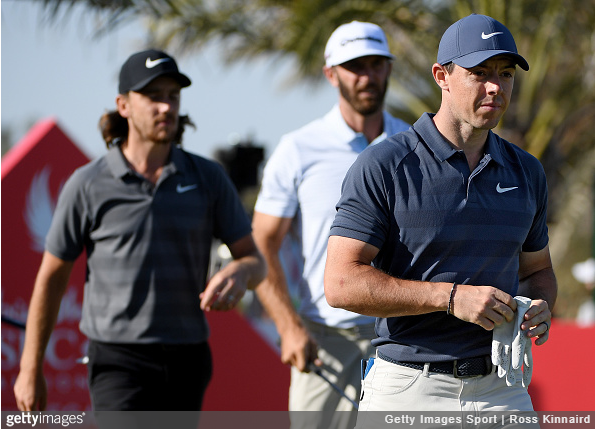 “Very satisfying. I’ve done quite a bit of work over the off-season and worked on my swing and a couple little tweaks here and there. They seem to have paid off already. A couple little swing thoughts that I still have but it’s nice to see that the work I put in on the range can translate onto the golf course, and that’s been a great thing to see for me over the last two days,” said McIlroy.

World No. 1 Dustin Johnson fired a low-round 64 to move 58 spots up the leaderboard to T11, alongside a pack of six others at 8 under.

Justin Rose posted a second-consecutive 71 and is now 10 off the lead at 2 under, alongside fellow Olympic medalist, Matt Kuchar (70).

Dustin Johnson, from a divot at 168 yards, hits his approach on the par-4 6th hole to about a foot of the pin. Just pure.

“You get the competitive juices again. The rough is knocked off from last week, and especially coming down 18 with Ben last week, you feel a bit of nerves, which is good. It’s nice to feel that again, and then obviously it’s good to start the year on a positive note. I stayed very patient. I wasn’t making many putts today. I was hitting some good shots into the greens and 17, straight up the hill, hit a good stroke on it. Went in. And 18, I hit three really good shots. Very happy with an eagle on the last, of course.”
– Thomas Pieters