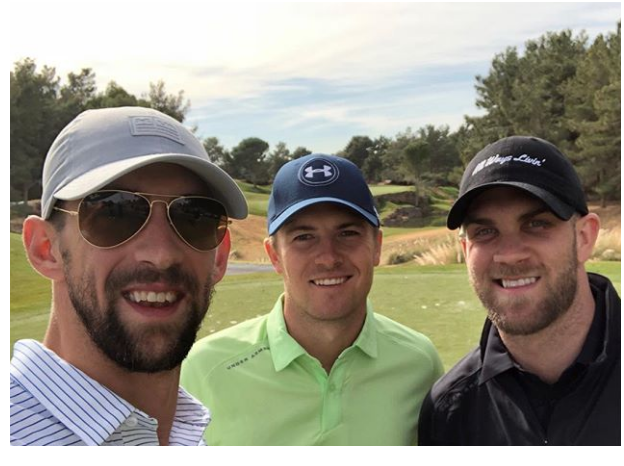 Jordan Spieth apparently just “touched down” in Vegas to meet up with some of his “UA teammates to help launch the Spieth 2,” which is an upgrade to, well, Spieth One.

Here’s a tease of three golf carts with some logos. Hint: MP stands for Michael Phelps while BH is Bryce Harper. (Oops I gave it away.)

Here’s Spieth, alongside Phelps and Harper, with Under Armour writing, “must need a medal (Phelps), major (Spieth) or MVP (Harper) to join.” Tom Brady and Steph Curry were busy and couldn’t join.

A Spieth fan blog put together this slideshow with about nine photos of the launch party.

Finally, a look at the new kicks with the creative name: Spieth 2. (We’ll have a fuller post on the shoes later this weekend.)