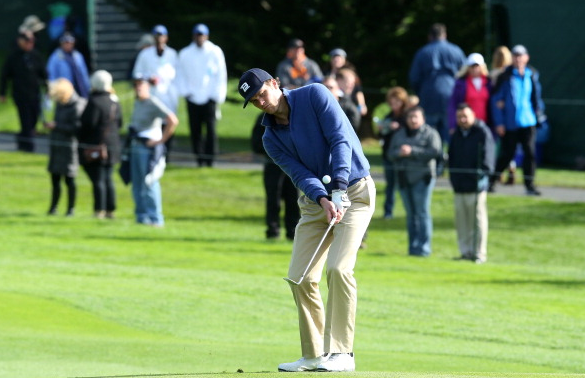 Patriots quarterback Tom Brady won his fifth Super Bowl, and 4th SB MVP award, on Sunday, when he engineered a comeback for the ages against the Atlanta Falcons in Houston.

While New England’s legendary coach Bill Belichick was a last-minute add to the Pebble Beach field, Brady decided to celebrate (and rest) with his family after what was reportedly an emotional week and a physically bruising Sunday.

Brady, playing the par-5 2nd hole at Pebble, nails his approach and then drains his lengthy putt for eagle.

Tom Brady has more Super Bowl MVP awards than shots on this par 5.