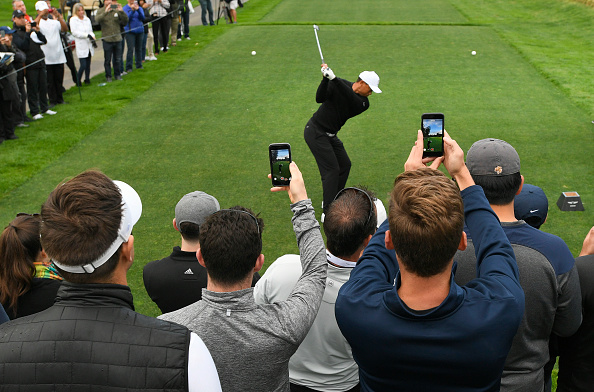 Dustin Johnson may be the odds-on favorite to be kissing the tournament trophy while standing around a cloud of reporters, but the man who the most eyes will be on is undoubtedly Tiger Woods. 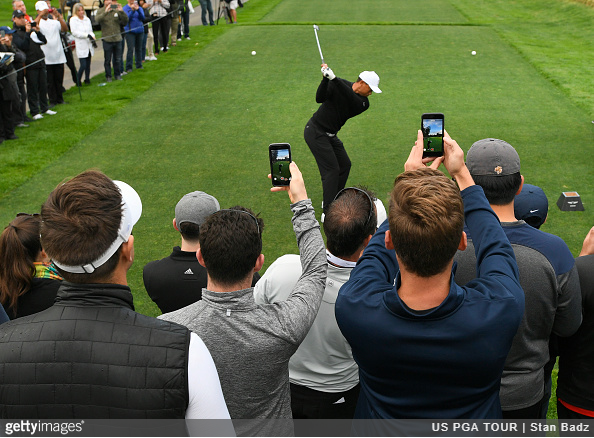 The Genesis Open represents stop No. 2 on the “Tiger Comeback Tour” after he missed nearly all of 2017 while recovering from a series of back surgeries.

Stop No. 1 was three weeks ago at Torrey Pines, a start that made sense as Tiger has been so fantastically successful at that course, having won the Farmers Insurance Open seven times, and the U.S. Open once.

His history at Riviera, well, makes this one was a more confusing add to his early schedule. That’s not to say he has been bad at Riviera – he has not been consistently poor at any venue, but the Los Angeles area course is surprisingly not the site of any of Tiger’s 79 PGA Tour victories.

“I love the golf course, I love the layout, it fits my eye and I play awful. It’s very simple. It’s just one of those weird things,” said Woods, explaining his lack of success at his hometown tournament.

The last time Tiger played Riviera into the weekend was in 2004, when a final-round 64 vaulted him to a T7 finish. His best finish at this event was in 1999, when he scored in red numbers all four rounds, but still finished runner-up to Ernie Els.

It was also the site of his first PGA Tour event, when he missed the cut as a 16-year-old amateur in 1992.

But much of that experience – both good and bad – may not matter, according to Woods.

“Some of the holes have really changed. So the old yardage books are out the window. This is a whole new game, everything’s bigger now. The bunkers are deeper, they seem to be bigger. The greens have gotten more pin locations than I remember, they’ve added a few sections around here,” said Woods, explaining the changes to Riviera. 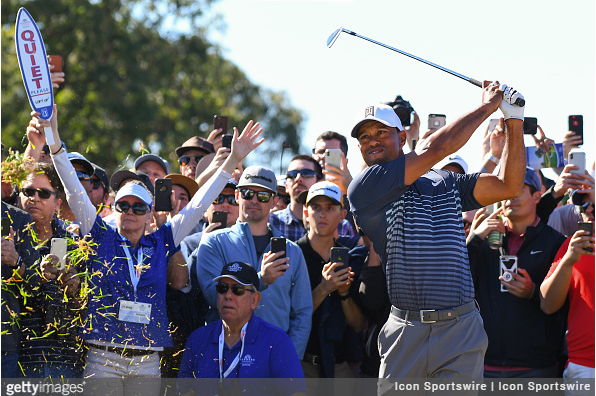 Tiger’s performance three weeks ago at the Farmers Insurance Open was mostly encouraging. However, he could not drive the ball. At all. He hit three fairways or fewer in three of four rounds, but despite all the trouble he was giving himself off the tees, he still managed to finish a very respectable T23.

After that dreadful performance off the tee, Tiger had his TaylorMade driver’s loft tweaked and a new (but old) shaft installed.

“I went with a shaft that’s a little more stout. Now that my swing speed’s up again, I went back to a shaft I used in 2015 when I played Wyndham, went back to that shaft. Because it’s more stout, it doesn’t have much play,” said Woods.

“I needed a little more loft, so I added a degree of loft on it. With the new head and one more degree, I found that I could then take off a quarter of a degree.

“Quite frankly, it’s three-quarters degrees more loft than what I used at Torrey, but it’s spinning the correct amount now. So it’s a shaft that I knew from years past, but I still knew how it felt, so when I picked it up again, hey, you know what, this is something that’s familiar and I know how it feels.”

Although he admitted soreness after his first tournament, he showed no signs of pain or physical discomfort, which is a huge victory in itself.

“I’m just starting back. I’ve been away from the game for a very long time. I’ve basically played two tournaments, and so I’ve got a lot of room for improvement and a long way to go,” explained Woods.

At 42, and having to make so many changes to his swing just to stay healthy, nobody is quite sure how Tiger will fare, but what cannot be argued is that he is closer to being “back” than he has at any time in the past 2-plus years.