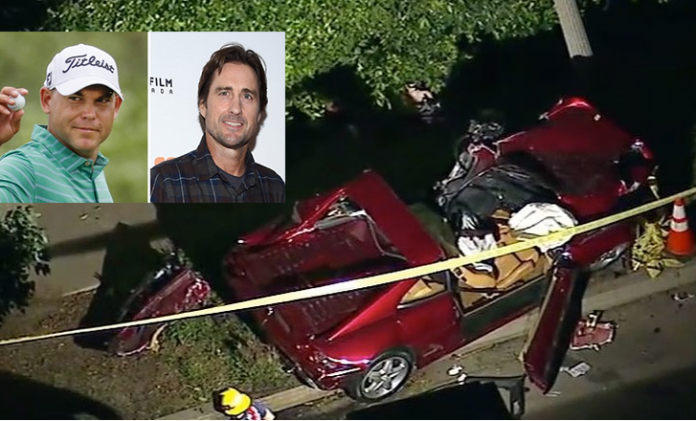 Bill Haas was involved in a fatal car crash on Tuesday in Pacific Palisades, California, and has withdrawn from the Genesis Open. According to reports, the 35-year old Haas was injured and taken to a local hospital where he was released

The driver of the Ferrari – of which Haas was a passenger – was pronounced dead at the scene.

Golf Channel is reporting that the deceased was identified as 71-year-old Mark “Bill” Gibello, a friend who was hosting Haas and his family for this weekend’s Genesis Open.

Haas’ manager, Allen Hobbbs, said the veteran tour member incurred some injuries, but nothing “serious,” and will be returning home to Greenville, South Carolina.

On Wednesday morning, Jay Haas, Bill’s father, told the Golf Channel that his son had some pain and swelling in one of his legs, but that he was “fortunate.”

The senior Haas also confirmed that his son had been released from the hospital.

Los Angeles County fire officials told Los Angeles TV station KTLA that the driver of the second vehicle (BMW) involved in the crash, a 50-year-old woman, was also hospitalized and is said to be in serious condition.

Further, FOX Business reports that actor Luke Wilson was also involved in the accident. He was reportedly driving on Chautauqua Boulevard in Pacific Palisades when Gibello lost control of his Ferrari and clipped the 46-year old actor’s SUV before colliding with the BMW. The Ferrari subsequently slammed into a tree. Wilson suffered no serious injuries.

L.A. Sheriff on Tiger: ‘No Impairment Whatsoever, Purely an Accident’

Tiger Era Not Supposed to End This Way