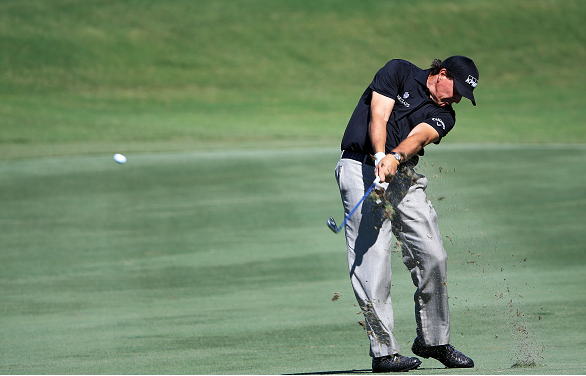 Fan favorite Phil Mickelson had been in a position that is familiar to him, although he has not been there in over a year: second fiddle to Tiger Woods.

Days ago, all the buzz and talk surrounding the Safeway Open was about Tiger Woods, who originally had committed to this tournament, his first competitive golf event in 14 months. However, Tiger withdrew on Monday, and now the spotlight shines back on Mickelson.

Despite being 46, an age that for most is well past their prime, Mickelson is coming off one of his finest seasons as a pro. No, he still has not won since shocking the golf world during the 2013 Open Championship, but his best in 2015-16 was as good as anyone’s best.

He is coming off a season where he finished in the top 5 six times, and finished an incredible fifth in scoring average, just 0.4 strokes behind leader Dustin Johnson. Jason Day, Adam Scott, and Jordan Spieth were the only others to finish higher in that statistic.

The craziest thing about Phil’s incredible season was that his two legendary performances both came in losing efforts. It took a all-time record major for Henrik Stenson to hold off Phil at The Open Championship, with Stenson finishing 20-under, Mickelson at 17-under, and the next best (J.B. Holmes) at six-under. He was flawless on Sunday, and against almost anyone else in history, Mickelson wins his second Claret Jug.

Then again, at the Ryder Cup, his most recent round of competitive golf, Mickelson was one of the Sunday stars for the Americans finishing with 10(!) birdies in his singles match against Sergio Garcia.

Sergio, one of the greatest players in Ryder Cup history, matched Phil nearly shot-for-shot and the match drew to a tie. 46-year-old Phil at the Ryder Cup looked as good as he ever has in his illustrious career. If he hits the proverbial career wall at some point, it sure does not look like it will be soon.

So, what can we expect from Lefty this year? We will get to see earlier than usual, as he typically sits out the fall events. Last year, his first event was a 21-under T3 at the Career Builder Challenge in late January.

He comes into this tournament as one of the favorites, and a great performance would not surprise anyone. The ageless wonder seems determined to not limp into the Champions Tour at age 50.