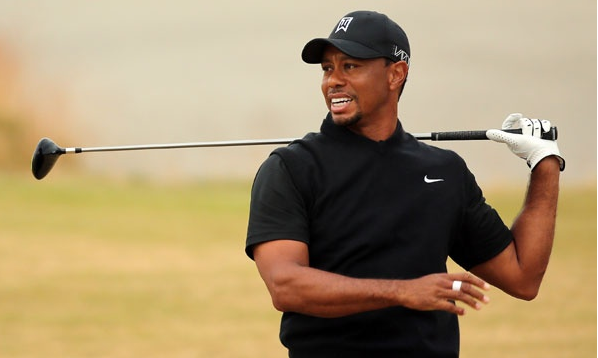 As most golf fans know by now, Tiger Woods withdrew from the Safeway Open on Monday after committing to the Napa-based event just three days earlier, on Friday.

Geoff Shackelford has a great roundup about what the golf media is saying in regards to Tiger’s WD. A couple of the more interesting insights come from Randall Mell at The Golf Channel, and Nancy Armour in USA Today.

Wrote Mell, “His using the word “vulnerable” is yet another sign that his struggle with uncertainty is growing. Why commit to the tournament Friday if there was any doubt? Woods WD is really bad form, hurting a tournament and all the fans invested in the excitement he created committing, but it’s also a revelation as to how deep his doubts really go. To WD this late knowing the backlash it creates against him says a lot about how his psyche is more tender than his back now.”

While Armour wrote, “I hope that isn’t true. His star power and success are great for the game, attracting people who wouldn’t otherwise watch a golf tournament. Even if he never matches Jack Nicklaus’ major total, he’s one of those rare athletes you can’t help but watch. But it’s time to acknowledge reality. More ominous than Woods’ announcement Monday that he won’t be playing this week’s Safeway Open after all was his withdrawal from the Turkish Airlines Open. That’s a tournament that doesn’t begin until next month — Nov. 3, to be exact.”

"I've had my battles over the years with Tiger Woods… But yesterday, truly from my heart I felt sorry for this man." — @RealSkipBayless pic.twitter.com/J9MKwymCm7

Bayless, never of a big fan of Tiger, offered sympathy, and feels the Big Cat is simply broken down.

Tiger is a broken golfer and I feel sorry for him https://t.co/cGIoM2llu2

In the New York Post, Mark Cannizzaro shows no mercy, with a headline that blares “Tiger Woods Shows True Colors In Screwing Over Whole Golf World.” Cannizzaro writes that Tiger is a “mess” who left tournament officials and sponsors “with eggs on their faces.”

Thanks to social media, golf fans also had their say, with the consensus being that Tiger needs to either “just do it” or “hang it up,” and end the reality show-like drama.

Tiger Woods withdraws from Safeway Open and Turkish Airlines Open – At some point you have to compete and live with missing the cut!

@TigerWoods – lifetime exempt status is well deserved; please get out there and give back to CA fans! Just do it!

@tigerwoods @pgatour uh, Tiger, you get your game back by PLAYING tournaments, not pulling out. So shoot 80's, who cares. @golfchannel

Just Do It… Dude!

Hang It Up… Dude!

Tiger Woods hang it up dude!!!!

Tiger Woods is like the Kardashian of the golf world. At this point he's just a "big-name" guy that hasn't done anything relevant in forever

@RichEisenShow
Tiger Woods WILL be at Safeway this weekend. pic.twitter.com/IONltZSqwm